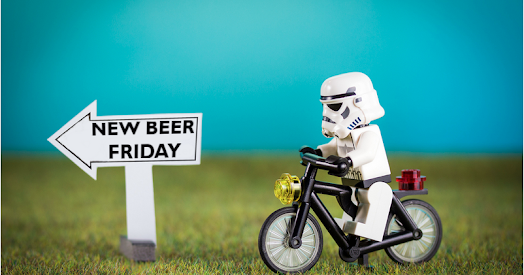 UTOG - Jazzy Spice: Named after UTOG's sales and marketing manager brings the heat with jalapeños, lemon and lime. 5.0% - only at UTOG.

UTOG - Berry Spice: This has the same base as Jazzy spice with jalapeños and blackberry puree. 5.0% - only at UTOG.

Grid City - Kumquat Marmalade, Apricot Jam and Cranberry Nitro Honey Ale: It sounds quite sweet, but actually quite tame. Look for citrus, rich apricot and tart cranberry layered on top of their creamy nitro honey ale. 5.0% - Only at Grid City.

Uinta - Cold IPA: Nose is citrus rind, lemongrass, tropical fruits - mango, papaya. A touch of dankness and it’s balanced nicely by some of the more savory aromas. There is some bitterness right off the bat here. Citrus is present in the beginning as well, and it adds to the big mouthfeel.  tropical flavors, some pine briefly in the finish. A little dank as well.

Talisman: Keep an eye on their social media. A new beers is supposed to debut today, but it wasn't available at publishing time.

Bewilder/Mountain West Cider - Home Grown: This is beer/apple fermentation collaboration with Mountain West Cider. It's made with locally grown apples and barley. This debuts on Saturday. Don't have the ABV on this one yet.

Shades - Hogshead Reserve 2021: This Imperial Porter was aged in Rye and Bourbon barrels for eight months and is at barrel strength (no blending). Look for notes of Port Wine, cocoa, whiskey and oak. 9.0% - A limited batch available at both Shades location.

Pipeworks - Imperial Blood of the Unicorn: Found at Slackwater and Bayou.

Here are this week's Small Batch Beers from Hopkins Brewing. 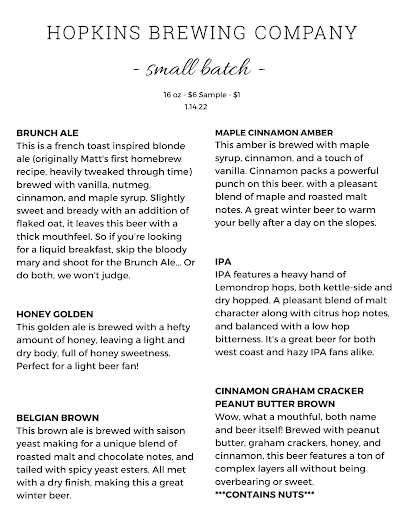