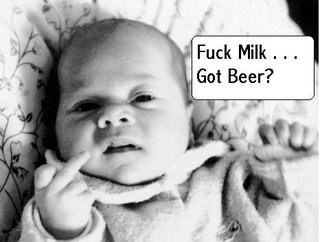 Our Ale drinking cousins across the pond continue to guide us all from the darkness and spread the light of beer upon our wonder blue sphere. New research shows that the alcohol in beer appears to suppress the hormones that promote bone loss. And researchers say it may have a better effect on preventing bone loss than calcium.
studies have shown that silicon found in beer can help strengthen bones. New research by scientists at King's College and St Thomas' Hospitals in London, tested groups of healthy volunteers aged between 18 and 50.
The participants were given a variety of beers with different alcoholic strengths, including non-alcoholic. Results showed that over a six-hour period, the ethanol in the beer appeared to block various hormones that lead to weaker bones. The findings are expected to be published later this year.
Professor Jonathan Powell, who led the study, said: "This is a very interesting finding. Everyone knows that calcium inhibits bone loss but we found that the ethanol in beer has the same, if not better, effect."
Ok, so they're saying getting shit-faced on beer on a daily basis isn't going to turn you into The Thing(Fantasic Four) , although i guess it may make you feel like it... Anyway, moderation of course is the key. This is a good time to be a beer lover. Hops are fighting cancer and alcohols are strenthening bones. Mmm beeer...
Posted by Mikey at 11:49 AM 4 comments: 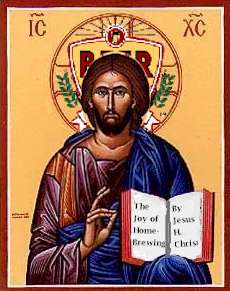 It's getting late, we've had a few too many IPA's and we're starting to look like Ernest Borgnine after a three day bender with Sammy Hagar in a long shoreman’s titty-bar... Jesus? are you there? if you can hear us, we need your help. Where do we go after last call? Not 'last call' as in "you don't have to go home but you can't stay here" last call. I mean like... Bambi's Mother 'last call'. I'm a thirty-something man (not for long) and i'm starting to ponder the usual hereafter concepts, like my own going out of business sale. Not so much in a Dionne Warwick sort of way, but as a means to face the inevitable, eternal, uber-hibernation way. I know people say life begins at forty. Yeah, if you're fucking Conor McCloud of the clan McCloud. But, you know, the rest of us are trying to make sense out of the indecipherable gibberish of everyone else's best guess as to what awaits us behind curtain number 3 in Monty Hall's game show of oblivion. Do we go up into the sky and get wings? Let me get this out right now, I don't need wings. I'm one Wookie-assed son-of-a-bitch. Can you just see my hairy ass with a pair of pearly, unsullied dorsal wings? I'd look like a cross between a Shih Tzu and a pie-eyed pigeon. Ya, makes me shudder too. Or are we just chex mix for worms and grubs. I would like to believe that when I die, I will be able to go up to the Pearly Gates, be greeted by St. Peter and he would say "your blog blows yeti penus" which would still be nice, because at least I would have thoughts to ponder. Like, why is St. Peter such a dick. I would just like to say please don't philosophize while drinking, no fucking good can come from it. Exept, maybe an answer to the question, how did Melissa Ethridge's partner get her pregnant? Mmm... that’s good liquored-up philosophize'n.
Posted by Mikey at 4:10 PM No comments: