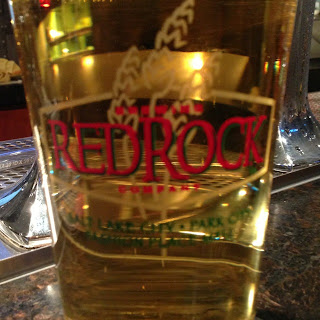 There are couple of new drafts out right now that are primed to get into warm weather mode. Hear are some short descriptions.

RedRock Honig Helles: This brilliantly bright lager was made with guest brewer Andy Shaw, head brewer at Snow Eagle Brewing in Idaho Falls, Idaho. The nose is of sweet malt, more bready than caramel, with some hop presence beneath. The taste is basically "Honey Cereal". It's toasty with a honey sweetness. Hops are floral and grassy in the finish. A perfect summer brew. I've been really impressed by RedRock's lagers lately, definitely worth a try. Made with honey malt.

Squatters Pineapple Express: Not exactly sure if there's pineapple in there, but it does have hints of tropical notes. The nose is light grapefruit and honey. The taste starts off with mild bitterness moving to moderate bitterness. There’s a sweetness in the background that keeps the profile balanced. a little thin, but refreshing. The nitrogen conditioning create a creamy mouthfeel and really brings out the hops. 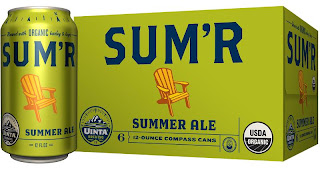 Well, Uinta's canning line is at full steam now and it looks like it's time to start expanding their line once again. The newest beer to be released in cans is Sum'r. You won't miss this one on your grocery store shelves this spring/summer, that bright green can will scream at you from down the isle. 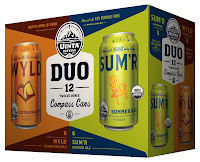 Sum'r has a slightly fruity, herbal nose with a crisp and malty front leading into a mild lemon/herbal hop flavor and mild bitterness. Finishes crisp as it began, dry and very clean.

"The King is Dead, Long Live the Kings"? 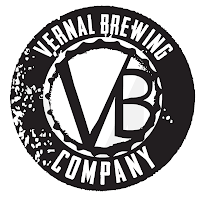 In what has become one of the states most prolific brewery booms in Utah's recent beer history, this weekend is set to make way for two new brewhouses, ending the short reign of Bonneville Brewing. It was looking like Vernal Brewing Co was going to be the next brewery to open, but it looks like a last minute decision will have both Vernal and the Avenues Proper Restaurant & Publik House opening on the same day. 4/27/13. 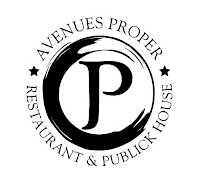 It won't be a hard decision for most because they are about a three hour drive apart, regardless it will be a good day for Utah's Beer lovers.

We'll throw some info at you, as it comes along.

Also, Bonneville Brewing will be having their grand opening this Friday evening. There is no excuse not to have a nice local craft beer this weekend. 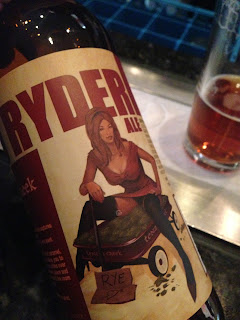 Tenaya Creek Imperial Stout: The nose is of dark roasted malt, cocoa, and dark fruits. The taste is similar with a medium coffee bitterness cocoa & liquorice. A nice Impy that is tasty and quite smooth.

Tenaya Creek Red Ryder: Toasty ye is up front. Its spicey & peppery. Vanilla, cola and grass come next with a  lemony bitter finish. Mild lingering caramel and bitterness. As it warms, it takes on a raisin bread character that's actually quite excellent.

Lagunitas Undercover Investigation Shutdown: The taste starts out with bready and sweet caramel malts. There is also a sugariness. After that it becomes all about the hops. very strong on the grapefruit, pine, orange, and just a touch of pineapple. the alcohol comes through, but isnt too strong.


All are at the Beerhive 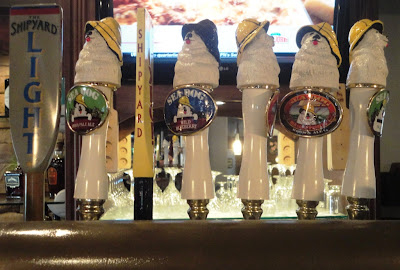 It's rumor time again! Yup, it may be one of the more useless functions of what we do here at Utah Beer, but at least it keeps us in good conversation.

Today's rumor has to do with Shipyard/Seadog Brewing out of Maine. The East Coast breweries have been around since the mid 90s and a "little bird" tells me they may be entering the Utah Market soon.

Not sure what labels we'll see, they will most likely be bottled beers. The breweries tend to specialize in English style ales. I've sampled some of their beers at a couple of beer festivals and they're solid beers, great additions to the market.

Take it for what it's worth, some of these rumors pan-out and some will just annoy the shit out of you, 'til the next one comes along. No! I have no new info on Goose Island. I'm sad too.... 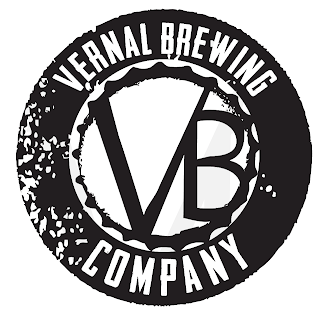 In one of the shortest reigns as "new kid on the block" Bonneville Brewing will soon acquiesce it's title to Vernal Brewing Co. The Bonneville gang will be celebrating their grand opening on April 26, at the same time Vernal Brewing will have their soft opening on The 25th-28th. VBC is urging interested patrons to make reservations, but I don't think they're required. Reservations will be taken online @ vernalbrewingcompany.com 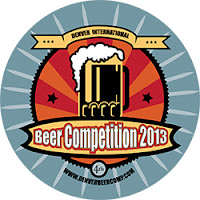 The judges awarded a total of 91 medals in 48 style categories, plus Best of Show.
Here are Utah's 2013 medal winners. The full list is here.

Can't say I'm surprised about the Mosaic Hopulent, that beer is the shizzle. And it's nice to see Moab getting some well deserved hardware.

Cheers!
Posted by Mikey at 3:59 AM No comments: 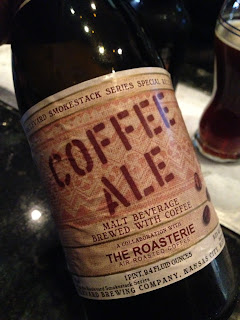 It's been a pretty bleak week for the local beer scene, but we've found a few new beers floating around out there to help get you weekend started off right.

Boulevard Brewing's Coffee Ale: Don't be fooled, this is not a stout or porter this beers base is might lighter, but it doesn't affect the overall body to much. The nose is freshly brewed coffee.The taste starts with sweet coffee & strong bitter chocolate notes. Toffee notes come next with some light herbal hops rounding out the back end. Finishes like a lightly sweetened Iced Coffee. It's 9.3% abv is very well hidden could be trouble if your not careful. @ Beerhive

Some people have reported seeing a 4% version of Henry Weinhard's Woodland Pass IPA. I havn't seen it or tried it. One reviewer described it as, "sweet with a wood taste and a strong tea flavor. Mildly grassy with a mild grapefruit flavor". If you've seen it, let us know where. @ Grocery?

If I've missed anything, please spread the "beer love"! 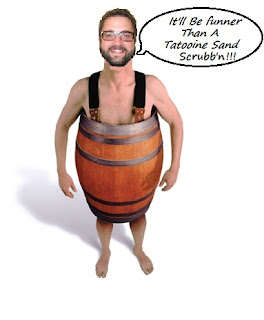 Secret Agent and Hoppers Brewmaster, Donovan Steele has a new fresh cask for you today, and this one is all hopped up!

Dono took his Pale Morning Ale and has dry hopped it with Cascade and Sorachi Ace hops. These are in addition to the Cascade, Citra and El Dorado hops that were added late in the boil of the base beer. This is a single cask and will be tapped around 5pm @ Hoppers. 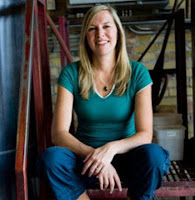 Also in the news today, former Squatters Brewmaster Jennifer Talley, who had moved to Washington to take over as brewery production manager at Redhook Brewery is leaving there to take on the role of lead brewer at Russian River Brewing. Talley will be starting in May and eventually will be taking over the brewery’s barrel program. Jenny's technique used in many of Squatters' barrel aged beers came from a close relationship with Russian River Owner, Vinnie Cilurzo. I guess it's just fitting that she'd end up there. Congrats Jenny! 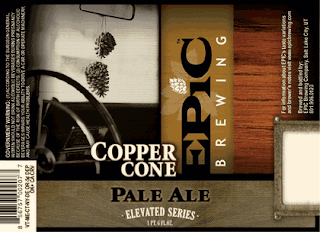 On the heels of a successful special release of their Hopulent IPA (made with Mosaic hops), Epic Brewing has a new special edition of one of their more popular beers that they hope will catapult it into legendary status.

Epic's Copper Cone has been one the breweries brightest stars since it first came out a few years back, it's bright pine and citrus profile was an immediate hit with beer lovers, now with the help of an experimental hop, the brewers are hoping lightening can strike twice.

Experimental hop 01210 (yes that's it name) is the the latest addition to the brew. Nicknamed "Lemon Drop" by the brewery it imparts a lemon/lime quality to Copper Cone, along with the grapefruit profile of Simcoe and Summit hops. the result is a fresh tasting, summery pale ale that's deep malt profile complements the rind-like bitterness well.

Look for Copper Cone release 41 & 42 on the label, which should be on sale today. The Epic guys are also telling me they're thinking of using "Lemon Drop" in a coming batch of Hop Syndrome as well. That sounds like a perfect pairing!

RSVPs are now being accepted for the Barley's Angels Squatters Food Pairing. The Event titled An Evening With Squatters will be held at 5pm on Sunday, April 7th and will feature a variety of specially prepared dishes & beers designed to enhance your dining experience.

The Utah Chapter of Barley's Angels is a women's only organization designed to promote and encourage Utah's female beer enthusiasts. The event will be limited to 150 ladies, so don't wait too long. To RSVP please call 801-719-0525 or email Barleysangelsutah@gmail.com

Photo: Carla-Boecklin
Posted by Mikey at 4:14 AM 2 comments: