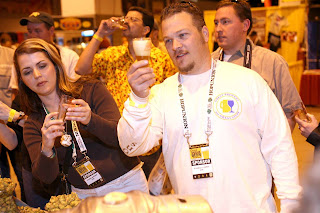 Every year at the Great American Beer Festival there's always one or two good stories to shout out to the inter mountain beer faithful about our local brewers. This years was an exceptionally good year for Utah and one brewer in particular.

The big story from this past weekend was from Red Rock Brewing Co and their head brewer Kevin Templin who stunned the audience by not only winning five medals but Large Brewpub and Brewer of the Year!

This is huge for Utah's image as a legitimate beer producing region. So often when I speak to people from other states and countries about our beer, they balk at our miserable alcohol restrictions and poo-poo the very thought that varying styles of 4.0% beers can be made consistently and still be palatable.

Kevin and Red Rock were not the only ones to get good news from their piers in Denver. Squatters received two medals. A Silver for it's new Organic Amber Ale and a gold for it's IPA. India Pale Ales are one of the most popular styles in states. And this one is consistently ranked as one of the best.

The final medal winner is is from Hopppers Grill & Brewing out of Midvale, Ut. They're not as consistent in the medal categories as some but they are no strangers to winning hardware and do an excellent job of producing good beer. They achieved a gold medal with they're Lil' Pips Mild Ale. I had never tried it 'till last Thurs and was happy that a light session drinker like that could win a gold.

Those are the highlights for now. In the coming days; war stories and pics from GABF. Cheers!

If your going to the Great American Beer festival this weekend and you haven't got your tix, you may be screwed. I found out earlier this morning that most of the sessions have sold out completely! This has left many scrambling to get what ever tix they can find. Yours truly included. My wife and I have been attending GABF for the last nine years and in that time we have never had any trouble buying tix the day of any given session. Looks like the scalpers are going make a killing this weekend. If we make it in, I'll hopefully post some pics next week. Pray for us all.
Posted by Mikey at 7:23 PM No comments: 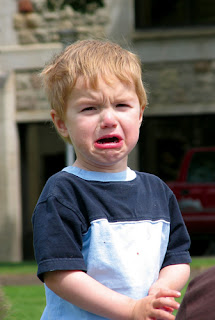 Due to shitty weather the Utah Brewers Festival has been cancelled. Apparently it's going to be snowy and miserable. I think the organizers made the right call for everyone involved. If you've already purchased an $8.00 festival ticket, you can receive a refund from October 8 - 26, 2007:
1. Bring your ticket to the Gallivan Center on Saturday, October 6 between 11:00 a.m. & 1:00 p.m.
2. Bring your ticket to the Tracy Aviary during business hours. Liberty Park - SE corner 589 East 1300 South.
Check back in the coming months for a date and time for the 2008 Utah Brewers Festival.
Posted by Mikey at 9:23 AM 2 comments: 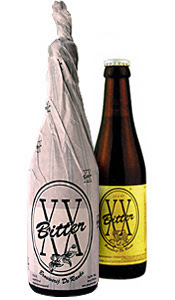 Home brewers are some of the most innovative and passionate people on the worlds beer stage. Some of the best beers/breweries in the world got a kick-start from a local guy or gal doing something unique in their kitchen or garage.

That's the story behind XX Bitter. Nino Bacelle and Guido Devos, two friends turned a weekend obsession into a classic, craft brewing story. For a few hours on Friday and Saturday; every week, the marvelous turn-of-the-century Deca Brewery in West Flanders is turned over to the De Ranke brewers, who make small batches of what many consider to be one of the best specialty beers of Belgium. Their beers are robust and flavorful, and famous for their massive hoppiness.
Poured a creamy off white head that caps a hazy gold color. The nose is moderate blend of grassy/floral hops with a slight honey/grain character beneath. The taste has a nice sharp bitterness to it that turns a little astringent. Grassy hops are very prominent. Not much in the way of malt character; maybe a little toasted biscuit. The beer is pretty dry with a light feel. Overall I am a little torn by this beer, I love hoppy beers but lack of malt character left it a little stale at the end. Maybe it's just not as fresh as it should be. If you like Orval Trapist Ale; you'll find this similar. Think of it as Orval on steroids. 6.0% abv. Available at The Bayou in 330 ml bottles.
Posted by Mikey at 8:07 AM 1 comment: 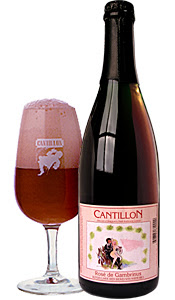 Lovers of Belgian Beers rejoice! A new score of bière de la Belgique has silently crept it's way into Salt Lake City. Mark over at the Bayou has brought in some hard to find labels that may pique your interests.
I haven't tried them all, but I'll review them as I can. Cantillon Rosé de Gambrinus is without a doubt the most "authentic" Lambic I've ever tried. Poured into a Chimay goblet an amber/grapefruit hue with a moderate amount of champagne bubbles. The nose was musty with vinegar and raspberries. My first taste was a full mouth swig that immediately gave me lock jaw. The tartness at the beginning was immense with lemon and raspberry and never let up. The body however was light and the carbonation subsisted as it warmed. I'm glad I got to try it but the tartness is a little too overpowering for my pallet. If you want a dry, 100% textbook, original lambic try it. But if your afraid of your lips puckering into infinity, stay back. Cheers.