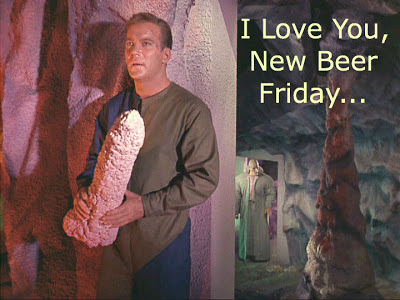 The Hopspital IPA, brewed with three different hops, it's a deep orange color with a slight haze from the dry-hopping stage. With a fruity, floral aroma, a pronounced hop bitterness and a dry finish, this will be a hop-lovers favorite!

The Benches Brown is a rich, malt-forward beer with notes of raisin, toasted bread and brown sugar. It's sweet notes are cut by its high level of carbonation for a very drinkable ale!

For today's Firkin Friday at the Bayou, They're going a little off schedule and will be serving up Wasatch's Vanilla Oak Porter. Look for pleasant vanilla paired with chocolate and oaky notes. Tapping is at 3:00 pm. 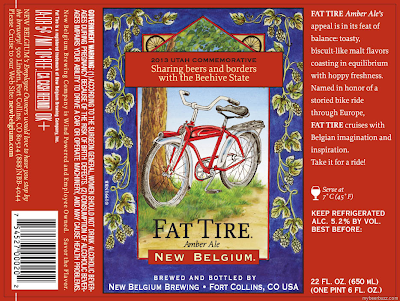 I've been a bit of a beast in regards to New Belgium's shunning of Utah. It always seemed a bit odd that there was this huge Utah shaped hole in their western distribution map. Now after eight years of pissing and moaning, Fort Collins has given in and added the Utah market to their list of customers.

Some of you could give a shit, I personally think an expanded market is a good thing. Fat Tire is a popular entry level craft brand that locals will gobble - up and will hopefully introduce the average beer drinker to explore more local craft brews.

If you click on the image above you'll notice that New Belgium has produced a special label for the Utah market, the red banner above reads, "Sharing beers & boarders with the Beehive State". I'm sure Fat Tire is just the beginning of a long love affair with we locals and New Belgium Brewing.

If I sound like I'm an NB cheerleader, read some of my older rants on NB's subbing of Utah. I defiantly didn't pull any punches & I'm sure there are a few people in Fort Collins that think I'm quite a dick. I'll own that, I'm just happy we're all on the same page now.

I would be remiss if I didn't acknowledge RedRock Brewing. Their relationship with NB over the years was integral part in getting the wheels greased.

By the way, thanks to everyone who made it out to the Big Ass Summer Solstice Beer Pow-wow. What a great time! I'll throw some photos up on the Utah Beer Facebook Page in the coming days. 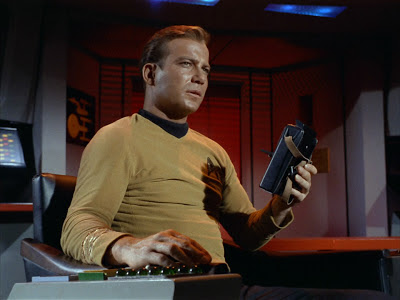 There were a lot of late arrivals for this week's New Beer Friday. Here are some of the tardy beers.

Ro-Rye from Avenues Proper is a light amber, slightly sweet rye made with three different types of rye malt.

Fresh Squeezed from Deschutes is an IPA gets its flavor from a heavy helping of citra and mosaic hops. @ Beerhive 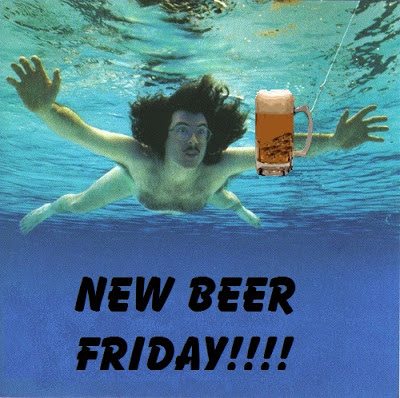 Today is the longest day of the year! That means there will be pleanty of time to embrace all that New Beer Friday has to offer!

The Beerhive continues to get more great Pelican beers in from the Oregon coast, the newest seasoanal offering  to come in this week is Surfer's Summer Ale. It pours a nice straw color with a nose of  toasty malts, floral-spicy hops and light earthy pears. The taste continues from there with malt sweetness, crisp but light floral bitterness, citrus zest and light pine. Finishes with notes of dry mint and a lingering of florals.

For Firkin Friday at the Bayou, Unsacred Brewing will be providing the cask. They will be tapping a special edition of Rimando's Wit made with blood orange. Tapping time will be 3:00 pm.

Haven't heard from Poplar Street Pub on their Firkin offering yet.

Looking forward to seeing you all at the Big Ass Summer Solstice Beer Pow-wow tomorrow!

Attack of the Firkins & No Spaten For You!

It looks like Friday is the day for cask conditioned beers along the Wasatch front. Hoppers started it, the Bayou embraced it now the Poplar Street Pub is providing firkin casks for their patrons. The owners of Poplar Street Pub have set up an agreement with Squatters & Wasatch to provide some of their cask conditioned beers from 3-7pm . Every Friday. We will try to get you the specifics on what is being tapped asap.

Also in local beer news, the state is experiencing a Spatten drought. Mark Alston from the Bayou has been looking into why the chain of supply has dried up, here's what he came up with'


"Nobody knows who is distributing Spaten right now. I have talked to the old U.S. Importer, many Utah distributors and a purchaser at the state. It has simply gone into limbo. The state wants to get it but can't. That is weird enough but I also learned that Utah has a crazy law that if the beer importer dropped the Utah distributor then the beer cannot be sold in state for at least a year before another distributor can sell the beer. So, we might be out of Spaten for a while". 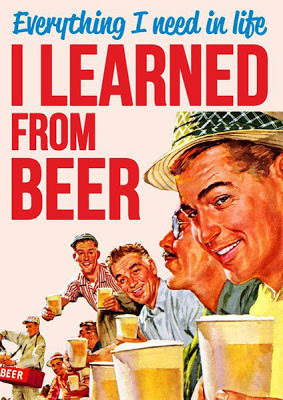 The Grace Lutheran Oktoberfest Bier Brauen (the second AHA home brew contest in the state) is coming up the weekend of September 20th in Sandy, but  it's never too early to start working on that signature brew that's going to wow the judges.

Now it's your chance to see exactly what we judges will be looking for. Grace Lutheran is partnering with Epic Brewing and Salt City Brew Supply in offering a FREE class at 7:00 p.m. on Thursday, June 27th.  Learn how to make, differentiate, serve, store and enjoy your home brew. The class will be taught by Epic Brewery's head Cellarman, Aaron Selya, who can get you ready to compete or just show off your newly acquired skills.

Cheers!
Posted by Mikey at 7:52 AM No comments:

There's a fresh Kolschbier available today at Hoppers. The filtered and lagered version of the cask that Hoppers was pouring on cask in Idaho at the Mountain Brewers Fest. The same beer has been tweaked for the Bayou's Firkin Friday. It's described as a Weiss Kolsch.

It's an unfiltered Kolsch-style often just called weiss or white due to its hazy  appearance. Made with ale malt and a very small amount of Munich and wheat malt. Cool fermented in the high 50's F. Hopped with German Magnum for bittering, German Tettnanger late kettle - hopped, and dry hopped with Hallertau Mittlefruh. Cask re-fermented and conditioned. Only available today. Mark usually taps the firkin mid-afternoon, I'd call ahead.

Cheers!
Posted by Mikey at 3:52 AM No comments: 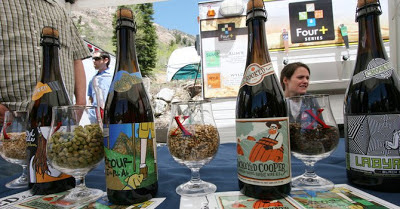 It's Father's Day along the Wasatch Front, that mean it's Beerfest time! Snowbird's Fifth Annual Brewfest returns to Little Cottonwood Canyon this weekend, bringing with it the best local breweries and some of their best suds. The Brewfest runs June 15 - June 16, from 11 am - 7 pm on the Plaza Deck. Take the old man out for a craft beer or if you happen to be the "old man" like me, make your loved ones take you!

Participating breweries include:
Cheers!
Posted by Mikey at 3:54 AM 1 comment: 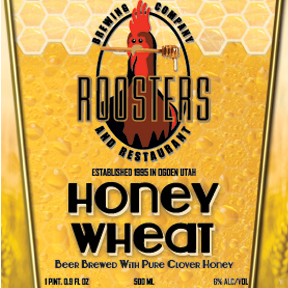 This just in... Roosters has a new high point beer for you today. Honey Wheat is a golden colored ale brewed with 40% wheat malt for a crisp, balanced flavor. Lightly hopped with a touch of pure clover honey. 6% ALC/VOL - 16oz bottle.

Now available to enjoy at. both Roosters location and the Union Grill. Available for take out from the Layton location. Coming to Liquor Stores soon!

Cheers!
Posted by Mikey at 9:57 AM No comments:

Today the Bayou begins what is hopfully a long tradition, Firkin Friday. The idea is simple, local breweries provide a unique beer creation for the public via firkin barrels.

Today's debut is from Desert Edge Brewing. Head Brewer Chris Haas has taken his Latter Day Stout & aged it with ash wood and birch wood wich should impart a nice licorice flavor. It should be tapped sometime this afternoon at the Bayou. See you there. 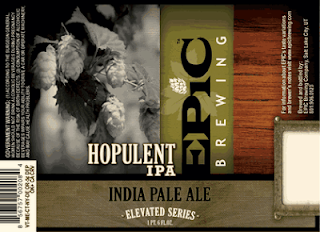 One of our favorite local IPA's has been re-released and is available now for a limited time. Epic's special edition Hopulent made with Mosaic hops was a huge hit when it first hit the scene a few months ago, the single hop beer was an immediate hit, flying of the shelves. Look for "Mosiac" printed in the field at the lower right.

The nose is sharp with citrus zest and big, bold pine. The taste is fruit salad. With orange, lemon, and grapefruit - all fresh and in your face. Some floral hops flesh things out, until the unassuming caramel malt supporting act kicks in. Me thinks it's the best version of this beer. @EPIC

Friday is good day for beer here in the SLC, we started New Beer Friday a few years back to give people a lil' sump in' extra to help find their weekend groove . Next came Fresh Cask Friday at Hoppers Brewpub. Secret Agent & Brewmaster, Donovan Steele has been putting together special versions of his beers on his casks for nearly a year, now we have a third entry to brighten your Fridays.

Firkin Fridays are being put on by the Bayou in order to promote our great local craft beer scene. The object of Firkin Fridays is to offer locally made beers with something unique added to them during the casking. Hops, spices, wood, chilies, etc...

Since this is a single night offering, the participating breweries are encouraged to go as crazy as they want in the cask. This will reduce the odds of repetition and promote the   crazy that exists in all brewers.

Firkin Fridays will begin on June 7, 2013. Here is the tentative schedule. Odds are the specifics of the firkins will not be made available 'til days before tapping.

The Bayou has also obtained a brand spank'n new Randalizer 3.0 Hop Infuser. This little unit is designed to filter dreft beer through hops or other mediums such as fruits or spices to enhance the flavor profile of a specific beer. Exsperiments are happening right now and as soon as the next "Randal Night" occurs we'll let you know. 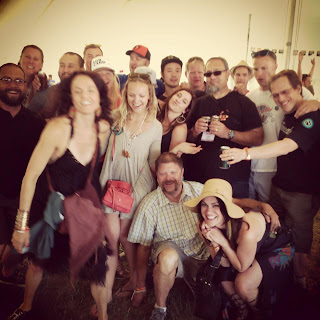 Sorry, this post is late. I'm still recovering from the weekend and apparently
I'm not the only one. Utah's Girls & Boys in brewing did quite well, Dave
Watsonat Bonneville debuted at the festival with two medals. Please go out
and try all of the medal winners and thank them for making you tongues happy.

Here are all of this years winners.
Cheers!

Photo: Beerhive Staff
Posted by Mikey at 8:02 AM 3 comments: