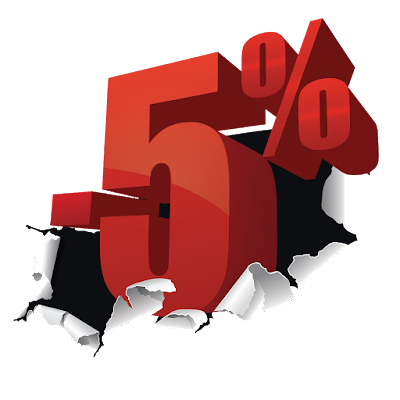 Congratulations Utah, today is the first day of the rest of your life. One day you'll look into the eyes of your great, great, grand children and tell them of the first day that Utah got 5% beer. I imagine that day will be in the year 2105... I mean it took us 86 years to go from 4% to 5%, so getting to that magical 6% number should take about that long as well. That's assuming the LDS Church hasn't abandon Utah for Kolob by then.

All joking aside this is a big day for many of you. This will be the biggest New Beer Friday ever with over a hundred new beers hitting shelves and draft handles today. A good majority of those being reformulated versions of beers you love and are already familiar with. You will also be seeing a flood of new craft, macro and international brands starting today. This is not everything, but it gives you a good idea of what's out there. You'd better strap in.

Normally I find a way to get ahead of the game to get you tasting notes early. Because of the fierce amount of scrutiny placed on the breweries to keep 5% beers out of the public reach until Nov. 1st, few to none have been made available to me. Also, there's a shit load of beers listed below; look them over carefully, there are a few hidden gems down there that will only be around for a very short period of time. Happy New Beer Friday 5.0!

Uinta - Hazy Nosh: Heavy on the tropical fruitiness; grapefruit, pineapple and peach. Bitterness is low with a good amount or tangerine in the end. Very nice. 5.0% - Available at Uinta.

Kiitos/Dick n Dixie's - Bourbon Barrel Coconut Stout: When Will Bourne, owner of Dick n Dixies purchased a couple of private label bourbons earlier this year he also got the barrels the whiskies were aged in (Buffalo Trace/Elijah Craig). Those barrels were sent to Kiitos Brewing and their Coconut Stout was aged in them. The result of this marriage will be made available at only at Dick n Dixie's and Kiitos. This is a very limited run of only a couple of barrels and was made for esspecially for today. probably won't make it through the weekend so get on it. 5.0%.

Kiitos/REI - :This collaboration beer was made with input from REI Outdoor Retailers. This is an amber ale made with sage and juniper. 5.0% - Available at Kiitos.

Epic Brainless Hound: This is Brainless Belgian aged in Spirit Hound Distillers Honey Whiskey barrels. Honey forward with whiskey notes. Sweet and round with a fair herbal bite. bitter mouthfeel. The barrel aging adds some good amount of oak tannins which balances the sweetness quite a bit. In Epic's 32 oz. crowlers only at the brewery. 12.3%

Epic Lunar Transit: This new is a new IPA for the Utah market. 5.0% - Still awaiting location info. A special version of this IPA will be featured in a special firkin located at the Bayou today.

Fisher - El Gato Negro: This black pale ale has been resurrected as a 5.0% beer. I'm hearing rumors that this will be tapped at 12:01am Friday morning.

Fisher - Shoulda Been 6: This west coast style pale ale takes jab at the new 5% law, implying that this beer should have been a 6.0% beer. I'm hearing rumors that this will be tapped at 12:01am Friday morning.

Hopkins - Sauvin Blanc Brut IPA: Described as a highly effervescent and super dry beer with a low malt-profile, this beer style focuses on hops that produce a white wine-like flavor and aroma with Chardonnay grapes added to the fermenter to make this a true wine-beer hybrid. Hallertau Blanc hops were used in the whirlpool, then whole-cone Nelson Sauvin hops were used in the dry-hop. 5.0% - Available at Hopkins.

Hopkins - Utah State of Rind: Described as a wheat beer with jalapeno and watermelon. Hopkins hand-scooped and pureed watermelons then threw some grilled jalapenos in the fermenter! The watermelon and jalapeno are highly present in the aroma, with the watermelon taking over the flavor. Just a touch of jalapeno flavor and minimal spice. 5.0% - Available at Hopkins.

Hopkins - Winter Ale: Described as a malty ale brewed with mulling spices, orange peel, and lactose. A mellow sweetness accentuates the spices. Tastes like the holidays! 5.0% - Available at Hopkins.

Proper Salted Caramel Porter: Dark roasted malts with a bit more caramel than expected for a porter. Slight sodium bite towards the finish. 5.0% - Available at Proper

Squatters - Island Hop: This Tropical IPA is more akin to west coast style IPAs with a good amount of citrus and pineapple, combined with a medium piney hop bitterness. 5.0% - Available at Squatters/Wasatch locations

Squatters - Bier: This brand new German inspired pils takes it's cues from tradition German ingredients but is formulated with more modern barley and hops. The result is a fantastic Euro tasting pils that's totally to style. 5.0% - Available at Squatters/Wasatch locations

Squatters - Pick Up Lime: This lime ale is pretty subtle with the lime. It also has salt added which gives the whole beer a Gose feel - this is not a sour beer however. Citrusy and refreshing. 4.8% - Available at Squatters/Wasatch locations

Hoppers - Face Plant: This is a German style Hefeweizen. 5.0% - Available at Hoppers

Hoppers - Stein Knockers: This is a classic German Marzen 5.0% - Available at  Hoppers

Strap Tank - Cosmic Fog: Did you miss this hypnotic glitter bomb last time around? It's back, with all of it tart, astral trip'n goodness. 5.0% - Available at both Strap Tank locations and on Fisher Brewing's guest tap.

Strap Tank Endlich: This Munich Dunkel is not on yet at Strap Tank (no room), but the UBCs West Side Tavern will have on guest tap. 5.0%.

RoHa - Grapefruit Back Porch: This Grapefruit infused beer is getting its own cans and will be on draft. Big flavors of grapefruit pith. 5.0% - Available at RoHa Brewing Project

Level Crossing - Look Up: This has been out for a few weeks in cans. Now available on draft 5.0% - Available at Level Crossing

Bohemian - Koru Pilz: New Zealand-style pilsner is brewed with NZ Wai-iti and NZ Waimea hops that provides a firm bitterness balanced by a grainy malt sweetness, all brewed with a classic lager yeast. 5.0% - Available at

Cerveza Zólupez - IPA: It’s brewed with Blue Organic Agave from Mexico, and real lime peel (not concentrated lime flavor.) The lime peel, with the Citra hops, gives this IPA a hop forward fruit taste on the palate, and aroma lift to the nose. 5.0% - Available Saturday at Sonora Grill in Ogden on tap on Sat - Angry Goat Bar in Ogden on tap on Friday

Firestone Walker – Rosalie:  This beer/wine hybrid comes off mostly as wine. Very little beer happening here. That being said it is very refreshing, perfect for those times when your all beered out. 5.0% - Found at Dick n Dixie's

I know that there is a lot that is out there that's not listed. For my own sanity I limited each brewery to three beers. The other homework is up to you.  Oh, and if you missed the the Budweiser Clydesdale's they'll be in Park City this Saturday November 12th from Noon - 2:00pm. Cheers!
Posted by Mikey at 4:03 AM