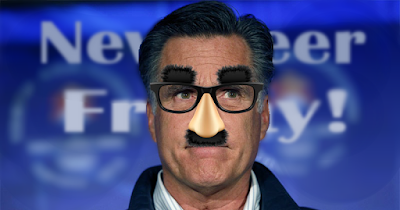 No need to hide Pierre, this week's beers are absolutely "Delcto".

TF Brewing - Jellyfish: This Hazy IPA features 3 different dry hops of Mosaic, Citra and Amarillo. All were added post boil, kepping the bitterness low and and the fruitiness high. Look for big tropical fruitiness with a huge explosive aroma. However when it warms that triple hop does begin to shows itself. 7.7% - Available at TF Brewing Saturday at Noon.


Red Rock - Buffalo Point: There's another new hazy IPA out there for you weekend enjoyment. Red Rock first hazy starts with orange peel, tropical citrus and some dripping pine resins. Fresh peach sweetness, pineapple and some cantaloupe brings that tropical and berry-like fruitiness. Light bitterness of wet orange peels finishes it out. It's lighter ABV adds to the enjoyment. 6.2% - Available at Red Rock locations starting today at 11am.

SaltFire - Punk as F*ck: This beast of a Triple IPA is a collaboration beer brewed with SLC staple Raunch Records. One aspect of the brew that the Raunch crew wanted to showcase is the blood red color of this IPA; That on top of the huge ABV and the massive amount of hops that went into it. Punk as Fuck? could aldo be called "dank as fuck"! There’s also some berry notes and “herb” flavors as well. Finishes dry & bitter. 11.5% - Available at Saltfire.

SaltFire - Wet Hop Lupulin Dew-Idaho 7: This is the second version of Lupulin Dew - Saltfire's wet hop series. This version features over 70 lbs. of fresh and green Idaho 7 hops. The malt profile is a little subtle, it's missing some of the maltiness that you’d expect from a pale ale. The hop profile starts with a good dose of citrus peel adds in some berry notes and finishes with grassy/herbal bitters. It kinda takes this into IPA territory. 5.6% - Available starting today at Saltfire.

Salt Flats - Lowrider:  This chocolate milk stout is brewed with cocoa nibs that combined with the  robust roasted malts creates a flavor that rich and dessert like with a velvety chocolate milk finish.
7.5% - Available at Salt Flats and the Garage Grill.

Salt Flats - Landspeed:  I missed this one. This is a Belgian style Witbier that is made with orange peel and Coriander. 5.5%  - Available at Salt Flats and the Garage Grill.
Toasted Barrel - Grodziskie: This is a polish style smoked wheat ale. I missed this one, but I'm geeked to try it as only a few local brewers have attempted to make this obscure beer style. Available at Toasted Barrel today.

UTOG - Synergy Coffee Lager: Missed this one. Brewed with coffee from Wasatch Roasting Company. It's a lager which retains its color and relative clarity. These are kind of a mind fuk because of the intense coffee flavors coming from such a light beverage. 4.0% - Available at UTOG

Indeed Brewing - Lavender Sunflower and Honey Dates: New to our market - Very little bitterness with lavender and prominent honey flavors. Some dark fruits notes as well coming from the dates. An itersteding beer but the lack of bitterness brings the drinkabilty down a bit.7.2% Found at the Bayou.