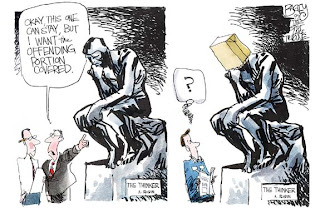 If you've spent any time looking over this blog you may have noticed that we who live in Utah experience some pretty difficult and unique challenges when it comes to the enjoyment of adult beverages. The difficulties usually stem from conflicts between ultra conservative Mormons and well... everyone else. Mormons don't believe in the consumption of alcohol (even though Mormon elected officials run the states liquor monopoly) and for the most part don't believe it should be available for purchase at all.

That being said, it has comes to light that a proposal to ban the sale of cold beer is now being talked about by some powerful Mormon lawmakers. The idea of selling only warm beer actually came up Tuesday at the senate's republican caucus. Reportedly, their thinking is, if beer at Utah grocery or convenience stores had to be sold warm, that might discourage people from drinking beer right away or from drinking as much.

What these Taliban-esque zealots don't realize is that beer is a fragile product that requires refrigeration to keep it from spoiling.

I urge the the nice people from surrounding states to invade our borders and liberate us from our Mormon Overlords. The Emperor Has No Clothes!!!
Posted by Mikey at 5:53 AM

Another Utah beer drinker here. Thanks for keeping us up to date on insanity like this.

Dude, If we don't stick together we'll be hiding in dank basements, drinking warm ten dollar PBRs as the beer nazis go goose stepping above.

If you have to wait to drink a spoiled beverage then there's far less chance of you getting sick...right? Somebody should propose the same law for milk as well.

Fortunately things are going the other way here -- there are laws being proposed in 2007 that will let liquor stores open on Sunday and grocery stores sell heavy beer and wine.

Send some common-sense-karma our way Ken. We need all we can get.