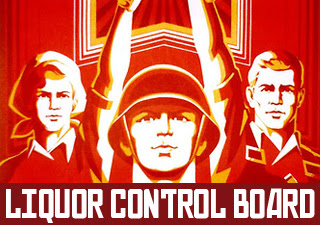 This story is more of a historical note than a critique on the DABC and the way they do business, but please feel free to find rage, frustration, anger or delight in today's post.

On Wednesday, the state Senate confirmed community volunteer and social drinker Olivia Vela over former  interim director of the DABC Francine Giani. Agraz is the sixth member of the newly expanded seven-member board.

Herbert appointed Giani as interim director of the DABC in an effort to clean up the liquor agency, which has been racked with scandal and possible illegal actions by some personnel.

This is the first time since the repeal of Prohibition teetotalers have not made up its majority since the 1930s when Utah became a liquor-control state.

Now this will only last until the seventh chair is filled sometime early next year, don’t expect any revolutionary changes in the way the board conducts its business. Constance White, one of the DABC Commissioner offered her perspective, stating that although she thinks boards are best served when at least some members represent the industries they help regulate.

Sen. John Valentine, R-Orem, said the appointment of Giani would raise concerns about the head of one state department serving on the commission of another. Giani also is a member of the governor’s cabinet.

Other social drinkers on the board are White, an attorney and former Commerce Department director, and financier Jeffrey Wright. Nondrinkers are liquor board chairman Richard Sperry, a physician, and attorneys Collinwood and David Gladwell.

Revel in this brief equalizer at the DABC! Like a rare comet, you may never see something this rare in Utah ever again - in your lifetime.

Source: Salt Lake Tribune
Posted by Mikey at 7:44 AM

Where do I apply for the seventh seat?

Jerry Jensen said...
This comment has been removed by the author.
8:39 PM

All kidding aside, how does one get nominated for such an honor as sitting on the DABC board? While I doubt highly that anyone would nominate me, (at least not anyone with any clout on the hill)I do know a person I would like to see get on that board.