Stomping Grounds Set is to Make it's Return 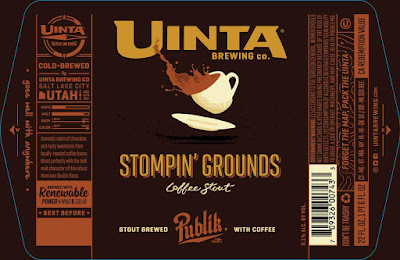 After a year hiatus Uinta's Stomping Grounds Coffee Stout is set to return in the coming months. The coffee stout (made with SLC's Publik Coffee) was originally released in December of 2015 in a limited run. The base beer is an American Double Stout, so it's a little more hoppy but not as sweet as a Russian Imperial. The focus will be on the coffee just like the last batch, so if coffee is thing your about to be very happy. When Uinta released it last time it was a December release, though it could come earlier. You'll notice the label has undergone a makeover as well.

Image Found at Shipcomplient.com
Posted by Mikey at 6:15 AM