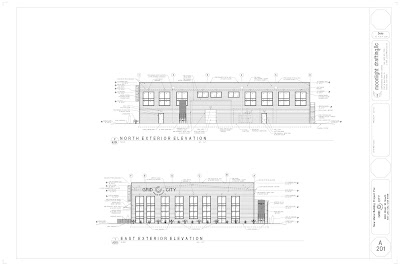 Utah's beer scene has been blowing up as of late. Not only are Saltfire and Toasted Barrel breweries weeks away from going online, but there are breweries scheduled to open in Ogden (UTOG Brewing) and St. George (St. George Brewing) by this summer as well. Those four breweries, plus the quartet of new 2017 breweries (RoHa, Kiitos, Salt Flats and Fisher) will see our local craft beer option multiply in factors that haven't been seen since pre-prohibition days.

If eight new breweries in two years isn't enough of a boom for you, what about a possible ninth brewery? Grid City Brewing Company is a new production brewery planned to be built on the southwest corner of 800 w. and S.Temple. The multi level brewery will have a tap room and kitchen that will serve a small menu, with a catwalk that wraps around the perimeter of the brewing operations to accommodate brewery tours and allow a birds eye view of the operations. A beer garden will offer patrons a view of Folsom trail in the Euclid neighborhood of SLC.

Grid City will be helmed by Justin Belliveau and partner Drew Reynolds with Head Brewer, Jeremy Gross running the beer operations. Gross has been a staple in the Utah scene, hwving worked at Uinta Brewing, Bohemian Brewing and the High West Distillery.

As the brewery takes shape, I'll feed you all the updates. Congrats, boys and thanks for helping to make Utah a more livable place.