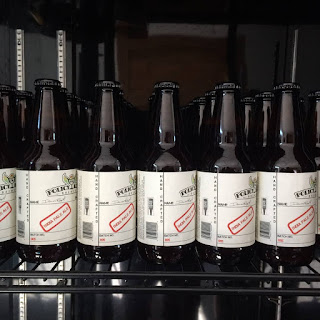 Cedar City's Policy King's Brewing Company is officially the state of Utah's newest brewery today. The first beers out of the gate are one of the obscure IPA varietals. Simply called India Pale Ale, the beer is described as west coast style and has an ABV that is "to style". It goes on sale today from 10:30a to 7:00pm.

Other beer coming from Policy Kings include: N.E. Style IPA, Porter, Wheat Ale, Piisner, Stout and a Pale Ale. Policy Kings is located 223 n. 100 w. in Cedar City (I've included it in my Utah Beer Map above). The brewery's pub is still a few weeks away, stay close for that announcement as well.

Congrats to Cedar City's first brewery in well over a hundred years!

Photo Courtesy Policy Kings
Posted by Mikey at 6:00 AM