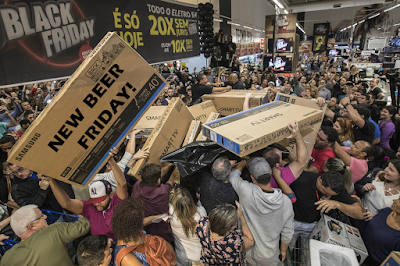 I hope you're enjoying the long holiday weekend. There's not a lot of New Beer Friday action happening this week; what we do have is some interesting stuff that is all quite different from each other. Be safe out there.

Shades - Kveik 5: The fifth incarnation of Shades' Kveik is a golden sour ale infused with blueberry, raspberry, strawberry and blackberries. Its similar to the cherry version of Kveik but the flavors are much rounder with great fresh berry tartness. If you're into berry sours; you'll dig this. 6.3% - Available at Shades, Bayou, Beer Bar, Slackwater

Fisher - Feast Beer: This beer is basically an American imperial brown ale. You get a good dose of toasty malts up front but beneath you can tell there are plenty of caramel malts. Hop wise there's a huge amount of piney bitterness that helps dry out the whole package. 8.0% - at Fisher.

Kiitos - Double Dry Hopped Pale Ale: Missed out on this one! If you're a fan of Mosaic hops you will likely love this one. You can be damn sure I'll be swilling one of these this afternoon though. 4.0% - Available at Kiitos.

Talisman - Barrel Aged Gingerbread Stout: This will be released later this morning. It's their gingerbread stout aged for 8 months in bourbon barrels. Damn, I need this! Not sure on the ABV, but it's upwards of 10.5% - Available only at Talisman.

Goose Island - Vanilla Bourbon County: The nose has a nice vanilla/Kahlua thing going on. Very nice. Big vanilla with maple and chocolate start off the taste. Wood and bourbon emerge soon after but it adds little in the way of heat. Dark malts and some molasses round it out with dark chocolate kicking in at the finish. The vanilla creates an almost marshmallow-like feels that leaves you in a s'more frame of mind. 13% - Available at Dick n Dixie's