When T.F. Brewing opened its doors a few weeks ago, most of us thought that Salt Lake City had seen its last brewery of 2018 open it's doors. We were wrong. Due to a serendipitous set of circumstances we had a new SLC brewery go online yesterday which brings Utah's yearly total to six new breweries this year (SaltFire, Toasted Barrel, Policy Kings, Cerveza Zoulupes and T.F. Brewing) and there are still two breweries on deck ready to go by the end of the year. 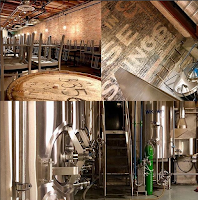 We'll get back to the other two in moment; for now let's talk about brewery number six, Hopkins Brewing Co. The man behind the beer (pictured above) is Chad Hopkins, a local home brewer that has decided to join the fray and up his beer game.

If the space looks familiar, it should. It's the former Epic Sugar House location. Technically the building and brew house are still leased/owned by Epic Brewing; Hopkins worked out a deal to take over the space which has been fraught with an identity crisis since it opened as the Annex in 2013. Hopkins looks to breath new life into the location and will also bring a fresh perspective to the beers and it's Sugar House neighborhood. 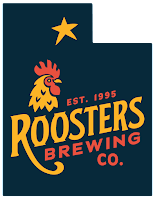 Epic just secured a full bar license for the property on Tueday, so it looks like Hopkins Brewing will be an adult only brewpub. More specifics will be made clear in the coming weeks. Congrats to Chad on his first brew day and for getting Utah's sixth brewery of 2018 online. Stay close for the announcement the opening day. 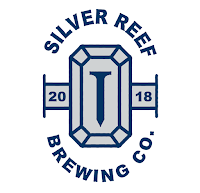 Earlier I mentioned two other other breweries that will be going on line before the end of this year; Roosters' B Street Brewery in Ogden will begin brewing next week and Saint George's Silver Reef Brewing should be going on line pretty close to the same time as well.

Roosters just secured their Liquor license on Tuesday as well and will likely be open as soon as this weekend. So if you're keeping track and if all goes as planned, that will be eight new breweries in Utah for 2018. That's enough to make this old beer nerd all misty-eyed n' shit. Please keep checking back for updates on all of these new beer havens.

Photo credit: Hopkins Brewing Co.
Posted by Mikey at 5:21 AM

Very cool. I'm hopeful something can finally stick in the old Annex spot. It's right by my office and I'd happily visit.