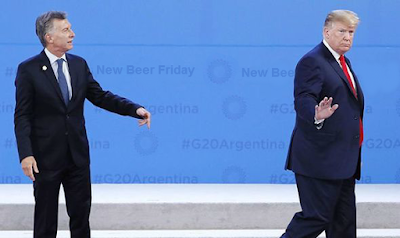 You won't want to leave your beer unattended this week; as we have great selection of local beers that cover damn near every flavor profile a beer nerd could hope for. Have a great weekend!

Avenues Proper - Ivar the Boneless: This is a Sahti; it's an old world beer style that hails from Finland and normally uses no hops. This beer has a pilsner like feel with hints of must rye and toast. Instead of hop bittereness your met with subtle notes of licorice and anise. As far as I know nobody in the market has ever made a Sahti; It's a beer worth getting to know. 4.0% - Available only at Avenues Proper

RoHa - Millennium Falcon Pale Ale: The taste is malt-forward - sweet with a roasty touch. A subtle touch of hops give the finish an herbal/leafy dryness to balance the sweetness and the mild roast. 4.0% - Available at RoHa.

2 Row - Jalapeno Sour: A lot of people have been cocking their heads when they hear about this beer. It actually came together just fine. The flavor starts lemony tart; not too bracing as to not be quite so acidic. The pepper element is fairly subtle with the Jalapeno's meat driving the show flavor wise. On a heat scale I'd put this at a solid 4 out of 10. Worth checking out. 5.3% - Available at better beer pubs and of course at 2 Row.

Fisher - Ledge Hole IPL: The nose was dominated by citrus hops - grapefruit stood out. The taste copies the nose with citrusy and piney flavors - grapefruit and lemon. Mouth feel is light-medium bodied with a lingering hoppy aftertaste - but not too bitter. Very Nice. 4.0% - Available at Fisher.

Wasatch - Chocolate Coffee Cream: The aroma features wheat crackers and mild coffee. The flavor has notes of milk chocolate, wheat thins, mild coffee and toffee. The mouthfeel is very light with spritzy carbonation. Overall this is a really tasty beer - quite light in body, but with nice layers of flavor, enjoyable like a light coffee drink. 4.0% - Available in cans at the Utah Brewers Cooperative.

Tune in to KBER 101 as we discuss these and other beers with Mick and Allenat at 3:30pm today.

Maybe it was included in an older post and I missed it but Salt Fire has a new beer called 12 monkeys that is great.

Yeah, that beer debuted quite a few months ago. ��