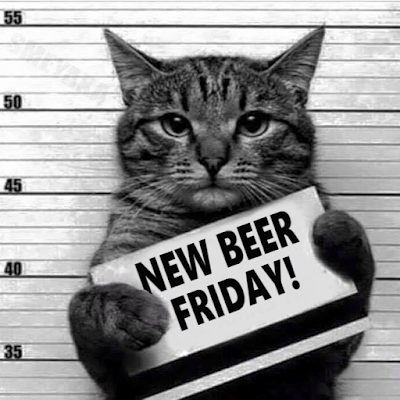 The Saint George area of Utah hasn't been this geeked for beer since the area's first breweries opened up in the late 1870s. As far as my research has determined, the first brewery in that neck of the woods was the B. Noebling Brewery that operated briefly in 1879 and closed that same year. A year later the Welte Brewery opened and managed to make a go of it from 1878-1888. 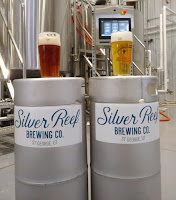 That's the only trace of legal breweries that I could find. Now the long, long, long beer drought is over with opening of the Silver Reef Brewing Company. The name is taken from the old mining town of Silver Reef (where the two previously mention breweries hailed from) and is owned by Ellis Island Hotel and Brewery out of Las Vegas. The brewery is located at 4391 S Enterprise Drive, St. George and the beer is for sale at brewery's retail store now. Kegs are supposedly en route to Salt Lake, so stay close to see where they end up.

In addition to craft beer, St. George’s Beverage (Silver Reef) also has plans to operate as a distillery and winery producing Southern Utah wine with the existing vineyard in Chanela Farms located on Pine Valley Mountain.

St. George beer nerds, listen up! We need tasting notes on these beers so share your thoughts if you've had them!

Zion - Pomegranate Sour:  Described as having fresh, mildly tart pomegranate that starts the flavors with a trace of pie crust. Light and balanced. 4.0% - Found at Beer Bar.

Saltfire - Barrel Aged Dirty Chai Stout: Look for chocolate and coffee; combined with chai spices that play off of subtle note of bourbon. 9.3% - Available at Saltfire and better beer pubs around the Wasatch Front

Shades - Not Your Mama’s Wassail: It’s described as having a bit of wheat and is lemony/tart with spices added. 4.0% - Available at Shades starting today.

Full Sail - Atomizer: Described as having a touch of grapefruit zest and hints of pine along with a slight sugar cookie sweetness. Crisp feel, bright and balanced just bordering the bitter side with a dry finish. 7.0% - Available at DABC.

Oskar Blues - Can O Bliss:  Described as hazy yellow/gold in color with a pungent aroma of grapefruit, passion fruit and vague citrus rind. Front to back you get a salad of citrus with lots of fruity tones and little bitterness. Finishes on the sweet side. 7.2% - Found at the Bayou.

Oskar Blues - Guns ‘N’ Rosé: Described as clear Pink in color with a very botanical nose of hibiscus and rose water. The taste is prickly pear like with more botanicals and a slight tartness. Not too overpowering. 6.0% - Found at the Bayou.

Image provided by Silver Reef Brewing
Posted by Mikey at 5:25 AM