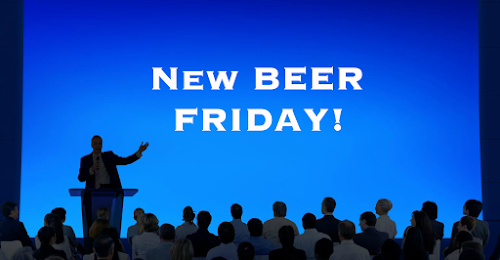 To celebrate Shades' 10th anniversary, the South Salt lake City brewery has teamed up with an international list of craft breweries to create 10 new beers for you to enjoy throughout September. The first two releases hit tomorrow (9/12/20).

Shades/Ice Haüs: The Ice Haüs is a staple for craft beer lovers in Murray. This collaboration is a Bloody Mary Michelada American-Style Sour Ale. It made with tomato, celery salt, chili peppers and worchestershire sauce. This nails the flavors quite well. The tart base ups the beers drinkabilty; maybe a bit more celery salt for my palate, but it's quite nice if you like this type of beer. 6.5%

Shades/Taproot Soda: When you're chasing the perfect unconventional mixer for your spirits, you're likely pouring Utah's own, Taproot Sodas. This week's second collaboration takes Taproot's Blackberry Mint soda and combines it with Shades' Kveik sour ale. 6.5%

Uinta - Turn Farm: This beer benefits the Utah Avalanche Center and is part of their annual fundraiser. This is a small batch cream ale has a nice cereal grain aroma with light floral hops. Tastes of white bread, light grainy malt, corn and cereal are the primary flavor notes throughout the entire profile but there is a bit of very light caramel and light grassy hops that are light and lingering. 6.0% - Only available at Uinta.

Destihl - Key Lime Gose: The aroma has yogurt, lime, malts, and salt. The flavor starts with cream cheese and graham cracker. You may think, cream cheese? and go, ewww.  It works. These flavors are followed by lime and lemony tartness from the base beer. Overall it's a tasty pie- beer (which might become its own style), not too much sourness, with a nice creamy feel.

Destihl - Haze of the Dead: It's hazy, so if that's important to you, you're already good to go. The color is orange with nice foam. There a good dose of citrus hops with pith and lime zest. The tastes follows with added pineapple and mango with pithy grapefruit flavors and a hint of bitterness in the finish. This gets into West Coast IPA, purists please take note. It delivers strong hops without being overly bitter or too sweet. Very nice.