Time to Get Your Pucker On! 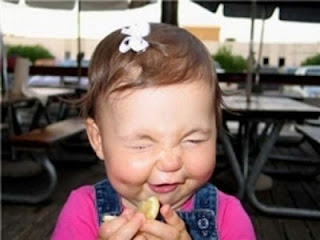 Are you a fan of sour beers? If you are your definitely in the minority of beer drinkers, but don't worry - our numbers are growing and the Bayou's own Mark Alston is on a crusade to educate us all on the finer points of some of the most un-beer-like-beers you've ever had.

This Sunday November 6th at 5:00 pm. The Bayou will be hosting their first ever mini-beer festival, the theme? Sour and Wild Ales.

For $25 you will get a wrist band and a 20 beer punch card that will enable you to sample all the festival beers. You must have both the wrist band and the punch card to be served. No sharing with non-participants!!! Anyone found sharing beer with people without a wrist band will have their wrist band removed and they will be barred from continued participation. As this event is all about sampling high quality beers in a responsible manner, all samples will be served in 2 ounce pours.

Quantities of some of these beers are quite limited so there is no guarantee they'll lasting throughout the entire fest.

9:30 pm is the cut off time so don't be late. The Bayou's menu is also available at it's normal cost. Seating and tables will be available only for those planning on eating.

If sour and wild ales are not your thing, Mark plans on having other mini beer festivals on a semi-regular basis with varying themes.

Sounds very cool, great idea I wish I could make it! (minor point, a few of those are not sour or wild ales such as Orval).

Doug,
On the contrary. Orval is most certainly fermented with the addition of Brettanomyces. Now while it is not Spontaneously fermented it is certainly wild (defined as using bacteria/yeast other than Saccharomyces). Which others do you think are not wild or sour?

Anway, sorry we will miss you there regardless.

That sounds awesome. I'll see if I can re-arrange my Sunday and make it.

Mark,
I knew I should keep my mouth shut! I guess it depends on whether we are talking about classification- Orval never classified in competition or online rating systems as a sour/wild- or whether the addition of Brett while bottling makes Orval a sour/wild. The fermentation work is done by Orval's non-'wild' yeast strain I believe. Anyway, it's a meaningless distinction. I think Orval rocks! Now speaking of rocking, the Barrel Aged Chipotle Porter in the Bayou currently is awesome. It is the new and currently quite rare Speyside edition!

See you all there, those without terrible excuses that is ;)