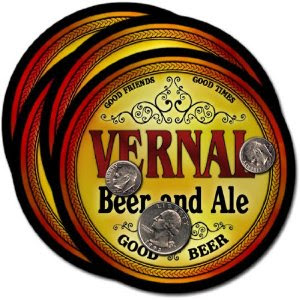 Yup that's right, Utah may be seeing it's 16th brewery pop up sometime in 2012. The Vernal Brewing Company is the brainchild of Vernal entrepreneurs Bill Zimmerman, his daughter Ginger and son-in-law Eric Bowden.

The whole idea came about after the Bowdens opened up a brand new home brew shop called The Bucket in Vernal, Utah last September. All three are avid home brewers who had always dreamed of starting their own brewery.

The Bucket located at 510 East Main Street in Vernal, is the beginning of a three part plan to bring locally made craft beers to the Uintah Basin. The second part is to construct a 5,000-square-foot brewery (with a tap room) on the property directly adjacent to the Home Brew shop that will be large enough for 20 or 30 visitors. The third part will include a kitchen and garden area for the brewpub.

They will brew four flagship beers available year-round along with specialty beers only available seasonally.

Architectural plans have been drawn up already and groundbreaking scheduled for sometime this spring.

And if that's not enough, I have more great news for you. Today is New beer Beer Friday as well and we have some new beers to tell you about.

First up is North Coast Brewing's Grand Cru. This a Belgian pale ale aged in bourbon barrels with agave nectar. The nose is faint with fruity notes, booze and yeast. The taste starts with estery apples, oranges and faint hint of pear. Hint's of Bourbon come next, then a blast of boozy agave in the finish. It's a big full bodied beer. Very nice. 12.90% ABV. @Beerhive. 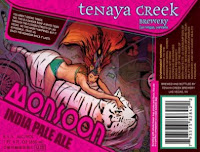 Next is Tenaya Creek's Monsoon Imperial IPA. The nose is piney and floral with a touch of citrus. The taste starts with citrus and flowery hops. Sweet caramel and candied fruits come next. The finish is crisp with notes of green tea and a slight alcohol burn. Tasty! 8.5% ABV. @Beerhive.

Also, the Bayou's remaining seasonals have arrived. Struise Tsjeeses Reserva, Mikkeller Santa's Helper, Criminally Bad Elf and Insanely Bad Elf. All are limited in quantity... you know what you need to do.

The above representation of Vernal Beer and Ale is not necessarily connected to Vernal Brewing or The Bucket
Posted by Mikey at 12:15 AM


Well this is good news for beer lovers who cannot stomach anymore watery beer sold in the grocery stores. Being from Colorado,having to purchase Sunday beer "always" and have it make you nice and bloated with heartburn, blah. I am happy I can get an ice cold full-bodied brew that is not hot and on the floor of the state liquor store, lol.