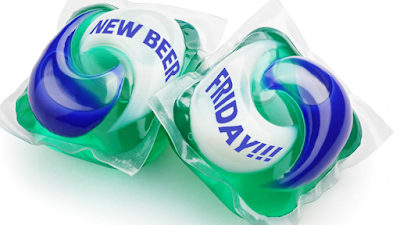 Holly Hell it's been a slow January. I apologize for the Utah Beer news drought, but there's not a lot happening right now. Thankfully, we still have new suds hitting every week. Please enjoy this week's New Beer Friday offerings.

2 Row Raspberry Sour: Three new beers in three weeks! You've gotta love Brian Coleman's passion and tenacity when it comes to his beers. This week's new offering is a bit of a departure from Utah's IPA machine. This raspberry sour is just as it sounds. Think: Unripened raspberries with a bit of lemon.The alcohol is substantial for a fruit sour, dialing in at 8.1% ABV. You can get it at the brewery and at the better beer pubs, including Slackwater, Beerhive, Bayou .

The RoHa Brewing Project has added two new draft handles You can find the following on them.

RoHa Americano: This American ale is infused with coffee and is brewed with espresso and coffee. There's a nice blend of light malt flavor and subtle coffee. Mostly made with cold brew, so there's not a lot of coffee nose but full on coffee in it's flavor. 4.0% ABV. Available at RoHa starting today.

RoHa D Street Brown Ale: This is an American Brown. It's slightly hoppy with toasted malt and caramel. It finishes with notes of chocolate. A tasty session ale. 4.0% ABV. Available at RoHa starting today.

Sierra Nevada Hop Bullet:  Using a new technique, the kids at Sierra Nevada hit this beer with a double-barreled blast of Magnum hops and lupulin dust—pure, concentrated hop flavor—directly into the tank to emphasize the intense pine and citrus flavors of classic West Coast hops. It comes in at 8.0% ABV and is available and many DABC stores and better beer pubs.

Squatters Fifth Element: Utah's original wild ale makes its long awaited return. This wild saison pours a cloudy apricot/straw color with a fizzy white head that reduced to a thin froth. The nose has a bit a of barnyard funkiness to it with hints of lemon and yeast spices. The tastes starts with light citrus notes then transitions into funky tart notes that are somewhat fruity. Next comes a dry oakiness that compliments the tartness well. The finish is a combination a champagne like dryness and bitter florals.This goes on sale Saturday morning at 10am at Squatters Brew Pub. There's a two bottle limit on this one.