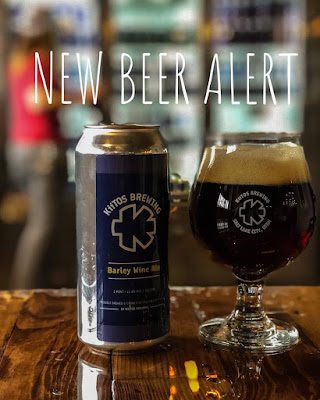 Kiitos has announced that it's releasing a new barley wine today. Since Epic and Proper Brewing are the only other local breweries that makes straight-up barley wines (Uinta has discontinued Anniversary Barley wine) this is a big deal for local beer drinkers. Simply called Kiitos Barley Wine, it has an ABV of 11.1%  and it is set to go on sale at 11am today. Tasting notes to come!

Damn it! I knew I was forgetting one. I’ll correct that.

Uinta has done away with their barley wine?!!! Why the hell would they do that?!! That's one of the best barley wines I have ever had. Stupid.

Uinta Anniversary (and Cockeyed Cooper which is also being discontinued according to the brewery) was one of a small number of Utah beers my husband and I truly like. We bought a ton of it when we found out it was going away. Such a shame. Guess the market needs more mediocre sessionable IPAs instead??