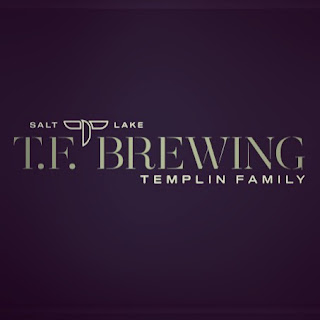 You may have notice that there's been some buzz about a piece of property located 396 936s. 300 w. People have been speculating that it's going to be a brewery - those people would be absolutely correct, it is a brewery.

If you've ever had a chance to chat with Kevin Templin about beer, you know that his enthusiasm for beer is damn contagious. Just in case you're not familiar with Templin, he had been the brew master at Red Rock brewing for most of this century and had guided the brewery to become one of the most respected beer makers in the country - including being named large brewpub of the year in 2007. 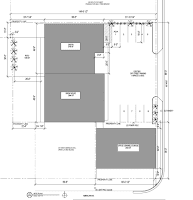 Templin has since left Red Rock to chase his own dream of running his own brewhouse. His passion for beer Stretches from wild and funky to classic and German. It's the latter that will be a big influence in his newest project. Templin Family Brewing will be based on the centuries old German concept of family run neighborhood breweries that are just big enough to welcome eager traditional beer enthusiasts while being small enough to foster creativity. 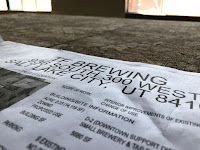 A few days ago, Kevin gave me a tour of his new beer campus. There are three building that make up TF Brewing. The South Building will be the barrel house/event space and offices. Look for dozens of oak barrels of all types, stacked to the ceiling with new all manner of new brews.

The Central Building will be the brew house. It will feature a 15 barrel brew system with plenty of tanks for lagering Templin's award winning spin on beers. 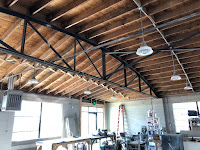 The North Building will house the tap room. look for a larger L-shaped bar with a dozen or so taps
along with long family style tables for communal seating.

Kevin tells me that they're brew system should be delivered in early May, with an opening date sometime this autumn. Look for select high and low point beers in 12 ounce cans as well.

This will be the third brewery to open in Salt Lake City's Grainery Neighborhood - along with Fisher and Kiitos breweries. It's looking to be another great beer year in SLC.

I am so excited for you Kevin, and the rest of the family. This is is so cool!!