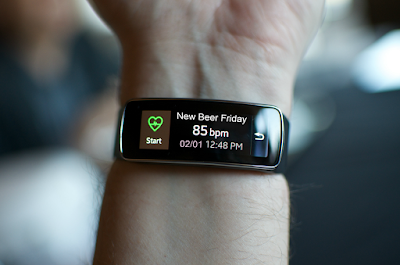 Did you survive the latest winter blast? I narrowly did, and need this New Beer Friday badly! Lucky for you this week has all the major food groups: malty, hoppy, dry and sour. I feel much better now; please enjoy!

2 Row - Passion Fruit Sour: Starts with grainy wheat malt. Passion fruit emerges next with hints of  mixed tropical fruits. Acidic lactic notes and domestic citrus round out the flavors with earthy hoppiness. Easy to drink with a nice spritzy body and feeling to it. hint of sulfur in the finish.

Roosters - Wrong Side of the Tracks: Nice and toasty with mostly caramel and amber malts; almost nutty but not quite. Hops are very light, hint grassy with mild bitterness. Mild sweetness leads to a light crisp lager. It finishes fairly dry with slight grassy/spicy hops. 4.0% -Available at Roosters' B-Street Brewery

Toasted Barrel - Utah Double IPA: Fresh floral nose with just a hint of the malt sweetness. Light on the citrus peel aromas and lightly dosed with pine. Malt sugar sweetness starts off with light citrus hops with more of an orange and lemon fruit character than grapefruit and citrus peel.8.0% - available at Toasted Barrel.

Fisher - Kitchen Sink: This rye pale ale is malty with a good does of spicy rye that gives a butt load of character. Citrus peel bitterness adds the perfect bitting element. Tasty! 4.0% - at Fisher.

Kiitos - Double Dry Hopped: This version is a fruit salad of tropical-esque hops the result is a tasty hop forward pale that is huge on hop flavor. So damn tasty! 4.0% - at Kiitos.

Oskar Blues/Cigar City - Bamburana: Brown sugar, figs and dates start things off. Chocolate comes next and it brings raisin flavors and prunes along with it. There is a hint of bourbon floating around in the back but it's pretty subtle. Alcohol heats swirls around your head. Thick and chewy for sure. 12.2% - Found at Beerhive, Bayou

Odell - Wolf Picker: Aroma has spicy pine and caramel. The flavor is citrus, berry and slightly sweet mango. Complex tropical fruits with a bitter/tart finish. Much more interesting than your average IPA. 5.5% - Found at the Bayou and DABC.

Rogue - Rolling Thunder: I missed this one and I'm really sad about it because it sounds really interesting. This Imperila Stout is aged in barrels that  previously held Rogue's Dead Guy Whiskey (whiskey distilled from Dead Guy Ale). , add notes of whiskey and vanilla to Rolling Thunder Imperial Stout. Rogue describes it as having "deep sherry notes accentuated by brown sugar and vanilla, held up against a dark roasted malt backbone with earthy hops". 12.8% - The Bayou has it and prepare to open your wallet.

Also,  SB132 (raises the 4% beer to 6%) passed unanimously in it's first committee hearing yesterday. The Utah Brewers Guild officially opposes the bill (though some member breweries are in favor of it) because it opens the door for big breweries to dominate the market and doesn't offer enough protection for local beer interests. The bill now goes to the full senate for a vote. Stay close for updates on this bill.