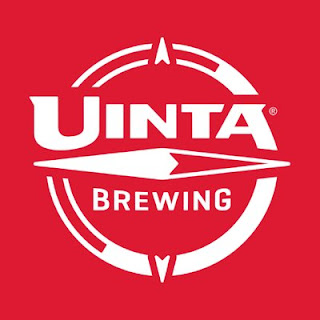 SALT LAKE CITY, UT; January 29, 2018 – Uinta Brewing Company today announced a voluntary recall of select varieties of 12oz. cans and bottles due to the presence of a foreign yeast that could cause a package integrity issue over time and under certain storage conditions.

The recall comes after extensive testing by the brewery and external third-party analysis confirmed the presence of the strain of yeast that could cause refermentation in the bottle or can, building up pressure that could cause the packaging to fail. Beers affected by the recall are listed on the brewery’s website at uintabrewing.com/recall.

“While a majority of the beer in question has yet to even see retail shelves, we take quality and consumer safety extremely seriously,” said John Lennon, CEO of Uinta Brewing Company. “We’re issuing this recall out of an abundance of caution, and we will be working closely with our wholesalers to replace the beer with non-affected batches as quickly as possible.” To date, there are no consumer reports of incidents involving a packaging failure with the beers being recalled.

There are no consumption risks associated with the foreign yeast, although a batch may exhibit a slight off-flavor or aroma. Since its discovery through a post-release sensory analysis, the brewery has taken immediate steps to improve testing and prevent any further cross-contamination with its house yeast strains. The original source of the foreign yeast is still under investigation; it is a naturally occurring strain that is occasionally used for brewing specific styles of beer.

Consumers who have recently purchased one of the beers identified on Uinta’s website are entitled to full compensation of the retail purchase price. Instructions for requesting a refund, along with information about the disposal of the beer, are posted at uintabrewing.com/recall. No other Uinta beers, other than those listed on the site, are affected by this recall. 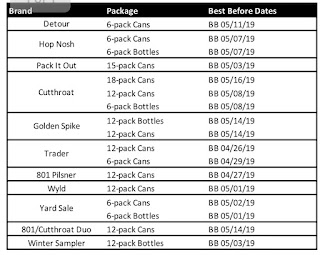