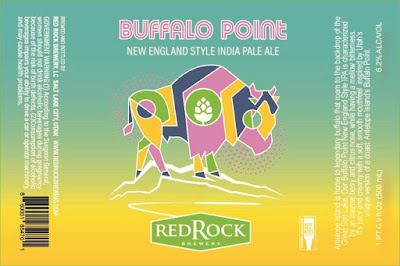 We haven't done a New Brews Soon for You feature in quite a while, and in that time a lot has come to pass; yet more seems to be steadily coming. This preview of beer seems to have a theme. See if you can figure it out.

Wasatch - Oktoberfest: This is another new beer that will be coming from Wasatch's Kick Back Series. These beers are all produced up in Park City at Wasatch's Original brewery. Oktoberfest lagers are mostly known to be Marzens - a generally malty beer with big caramel and vanilla undertones. The packaging on this doesn't state the the style so, we'll have to wait until I can ask Head Brewer, Nils (with out waking him up at 4am).

UTOG - Top Shelf: Now We Get into the IPA Portion of NBS4U. If you're not a fan of IPAs then this portion of the blog will bore you. Top Shelf looks to be a session IPA that is currently set to be 4.0% ABV. I'm guessing by the time it hits, it will likely be making the transition to 5.0% or at least close to that. This IPA will be packaged in 16 ounce cans.

TF - Jellyfish: When the Templin Family Brewing Co., debuted they're first Juicy IPA, called Squirrel a couple of months ago It was a huge hit; selling out in just over five hours. If Squirrel's popularity is any indication, TF's new Jellyfish "Hazy" should treat local beer nerds just fine. What is the difference between a Hazy and a Juicy IPA? Who the Hell knows! I'm guessing the Juicy IPAs are known for low/medium bitterness with a quality of hop derived juicy fruitiness. The Hazy IPAs are obviously dense and hazy in appearance with similar fruit-like profiles. So basically, Juicy IPAs don't necessarily have to be murky or turbid. Jellyfish with be in 16 ounce cans at dial in at 7.7% ABV.

Red Rock Buffalo Point: (pictured above) If Hazy and Juicy IPAs are basically the same thing, then where the hell does the New England IPA thing fit in? Well, they all fall under the same umbrella of the NEIPA. People who don't nerd out on beers like we do are more likely to gravitate to descriptors like "hazy" and "juicy", versus "New England Style". Anyway, if the popularity of Red Rock's Elephino is any indication of  how their new Buffalo Point New England India Style Pale Ale will be received by beer lovers, it's destined for great things. Plus it has that NEIPA beer code that we nerds love to geek on. Look for it in 500 milliliter bottles and it will come in at  6.2%.

Stay close for more NBS4U in the coming days. And remember, these are previews, none of these beers are for sale as of yet. We'll fill you in when they hit.

All images found at Shipcompliant.com
Posted by Mikey at 4:13 AM