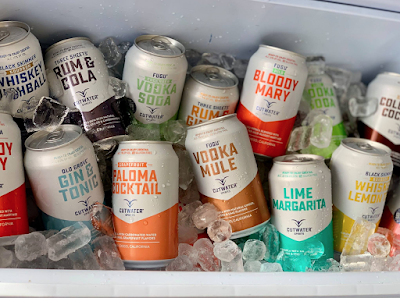 We were all pretty geeked-up to hear that Provo was finally opening up to the idea of having brewpubs in their hollowed city. But did you know that Anheuser Busch has already set up shop in Provo?

Operating under a couple of names, including: Anheuser Busch - Payson, Ut and Cutwater Spirits the Provo brewery/distillery appears to be ramping up its operations to produce Cutwater Spirits' line of canned cocktails and a line of flavored malt beverages that will be known as "Freeze-a-Rita".

I did a little research and found that AB/InBev owners of Anheuser Busch purchased San Diego's Cutwater Spirits (Founded in 2016 by former Ballast Point executives) in February of 2019. As of the date of the sale, Cutwater was manufacturing 14 different ready-to-drink canned cocktails and also makes 16 types of spirits, according to a press release.

I'm not sure what exactly what the Provo facility's manufacturing responsibilities will be in all of this - as all of my info comes from public records searches. They may just be producing tinctures and flavorings. The 'tinfoil hat' part of my personality wonders if this was the factor the lead the Provo City Council to allowed brewpubs in Provo in the first place. Makes you think, eh? Anyway, I found it interesting and thought you might as well. If any of you have info on this operation, we'd love to hear from you.