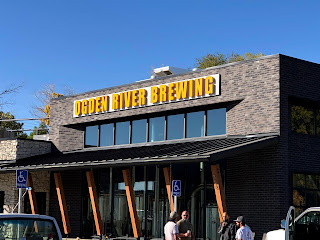 When Pat Winslow envisioned his post retirement brewpub, he had no idea the end result would be the beautiful riverside it is today. Winslow's original spot was an old garage that ocqupied a lot a few blocks west of where the current brewery resides. Due to Ogden City demands, that property was deemed to expensive to redevelop. Thankfully Winslow had a chance meeting with the Lotus Company and the two entities where able to turn their visions into one reality. 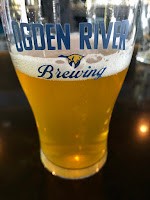 Today Ogden River Brewing Co. officially opens to the public. The beautifully designed brewpub is designed to show off its proximity to the Ogden River and offers multiple level outside to take it all in. ORB has 10 tap handles and the brew-team is quickly working to fill them ASAP. At last count they were up to five taps; today, they may have more.

So welcome Ogden River Brewing to the Utah Beer Family, our 41st local and  independent brewhouse!

How about an address?