The Time is Rype for Four+ Brewing 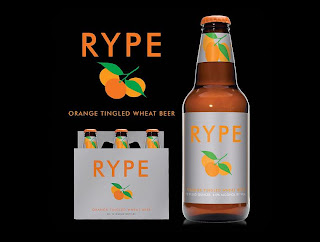 Poured from a bottle(bought at the brewery) a very clear amber-tinted golden color with a thick, frothy two fingers of head. The nose was of orange zest, yeasty breads and coriander. The taste started with orangey twang that transitions to a malty wheat backbone. Yeasty notes come next with a finish that was spicy and lemony. The mouthfeel is nice and creamy. Nicely balanced. Reminds me of a wit, but looks nothing like one. It's 4.0% abv makes it great summer-time, session beer just in time for the warm weather. It's available in stores now and should be on taps soon(if not already). Cheers!

Mikey, you are again the man. Thanks for adding this to the site. And, of course, I'm on the hunt for this one. I expect it will not be in state stores? Perhaps Albertsons?