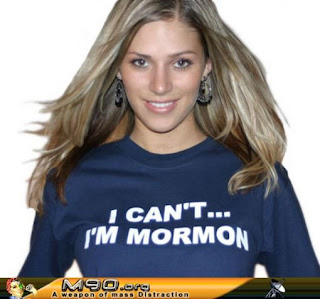 If it sounds too good to be true, then it probably is. Right? I mean at least that's what most of us have been taught. Trust yet verify. That's my position on the current possibility of abolishing the state of Utah's private club system. Even though the plan has the full support of Utah's LDS Governor and the states liquor-control commissioners agreed (by a 3-1 vote) to gather information on the proposed club elimination I still have a bad feeling the rug will be pulled from under us.

The Utah Hospitality Association would like to see the state's 77 taverns - which can only serve beer up to 4.0% - to be allowed to stock heavier beers(above 4.0%), wines and distilled spirits, moving bars into the "private club" category. Thus abolishing membership fees. Under this proposal, everything would operate in a similar fashion to Utah's airport lounges, where alcoholic beverages are sold with or without food, at a bar or table.

It all sounds fine and dandy, 'till you find out that LDS Church has made no comment as of yet on the possible abolishment of private clubs. In reality no such proposal can proceed with out their backing and it would be political suicide to advance without they're input. "The church is reserving comment until it sees a final draft of the law." said LDS Church spokesman Scott Trotter Wednesday in the Salt Lake Tribune.

And what about Utah's Tea totaling Legislature. These people don't make major changes in Utah's liquor laws without demanding a large piece of flesh in return. If the proposed club elimination ever sees the governors desk I guaran-fuck'n-tee-you we will loose a drinking liberty that we now enjoy. Remember we only got .5 oz more booze per shot because it was traded away for the "alco-pop" ban. Don't get me wrong, no one would be happier than yours-truly to see this arcane system of the sixties die. But it sounds too good to be true.
Posted by Mikey at 10:02 AM

Well said. We can only hope for reform, but I also fear the potential tradeoff for ending the absurd 'private club' designation. I'd love to see an end to the 4% ceiling also. I am hopeful but skeptical.

It will be a boom for beer lovers especially. More outlets will lead to increased demand, which leads to larger orders that brewers will be more likely to fill. Not to mention of will provide a broader audience for our local brewers "heavier beers".

Count me as "cautiously optimistic" for such a change to occur. I think that it could be a boon to Utah in more ways than just making it easier to get a drink.

Years ago, while working in software development, my boss had a meeting with some economic professors that were trying to figure out why Metro Denver had so much more venture capital investment money than the Wasatch Front. I turned to a co-worker and said "Not enough places to get a drink, duh."

Like it or not, alcohol is the social lubricant of business.

Agreed. I think our business savvy governor sees it that way as well.