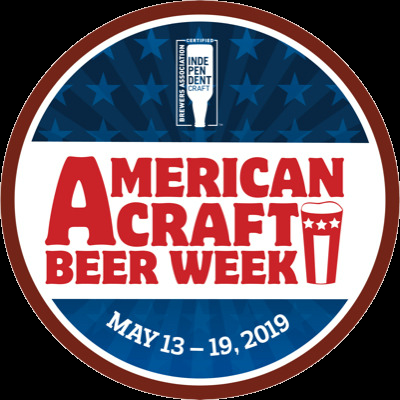 Welcome to day 2 of Craft Beer Week. I got to try some really interesting stuff yesterday; the open barrel fermented kveik golden ale from Kiitos was quite good, what did you find? Today's options look to be equally good. Hope to see you out and about later today. Cheers!

Shades Brewing: Tropical Thunder is back – first fruited kveik version to be release last year is back – Mango, guava, pineapple and lactose. Available only at Shades brewing and Beerhive. Bar.

Bohemian Brewing: "Flight of the Bonkers". Beer Flights are once again legal in Utah as of today! Stop in for a flight of (4) 2ounce sample for $4 before it’s illegal again.

Hopkins Brewing: Tuesday - Carne Asada Tacos/Guava Goddess.
Bring in a sticker from another brewery to add to their sticker post and get $2 off food. Limit one per customer.