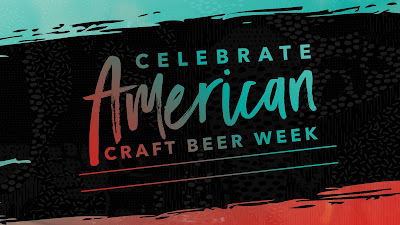 Halfway through Craft beer week and we're met with one of the biggest days of the week. Today's updated calendar has new stuff from Proper, Rooster, Uinta and Level Crossing as well. Enjoy your day!

Proper Brewing: $10 pitchers and the release of the newest encaranation of Hop vs Hop. Featuring Mosaic and Motueka hops.

Bohemian Brewing: "Kolschfusion". BoHo is releasing a Kolsch infused with hop oil. It’s a hoppy Kolsch, what can I say?

Roosters Brewing: Daily "Randal" specials. Originally called, Randal the Enamel Animal. This flavor infuser was originally designed for hops but has has also become useful in infusing all manner of flavors into beer. Roosters is pouring a different infusion with a different beer every day. Today's offering is Honey Wheat Ale with orange peel and coriander. Only at B Street Brewery.

Hopkins Brewing: Wednesday - Wings/ NAIPA pairing.
Bring in a sticker from another brewery to add to their sticker post and get $2 off food. Limit one per customer.