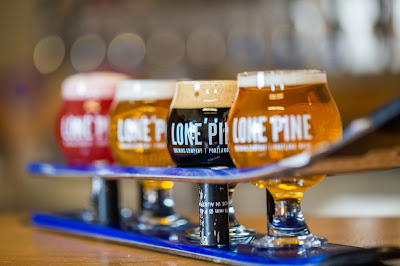 Lone Pine Brewing Company out of Portland, Maine has their eyes set on the Beehive State. Many of you may not be familiar with this east coast brewery; Hell, we don't many beers from that region out here period.

What will make this news interesting to many of you is the notoriety that Lone Pine received at the 2019 Great American Beer Festival. Lone Pine earned a bronze medal in the hotly-contested Hazy Imperial IPA category. The winning beer, Chaos Emeralds, beat out nearly two hundred competitors from around the U.S.

If you’re a fan of the style, this will obviously come as big news to you. Stay close, as Lone Pine gets closer to its arrival date and I'll fill you in to the where and when. I should also point out that Utah will be the only state that's not located in the north east to have these fine beers.