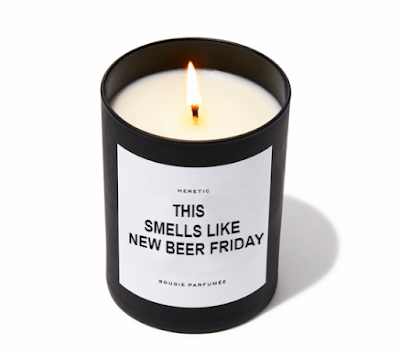 There's a nice round selection of styles this week. There may not be a lot, but the flavor factor here, more than makes up for it.

Toasted Barrel - Barrel Aged Sour with Grapes: This beer was aged for 18 month in French oak. The beer/wine hybrid definitely has a vinous quality with doses of balsamic vinegar from the funkified barrel. 7.5% - Available at Toasted Barrel.

Toasted Barrel - Cranberry Sour: This lactobacillus sour has a moderate amount of sweet and sour going on. The tartness from the cranberry, really fights for your affections as it dukes-it-out for dominance over the base beer's sourness. 5.0% - Available at Toasted Barrel

UTOG - Red Eye: This new imperial red ale is bright with fruity malts that take you into berry territory. the hops a a bit of citrus, but it's pine that drives the majority of the hop profile and bitterness. 8.3% - Available at UTOG.

Bewilder - Fresh Sesh IPA: The new IPA from Bewilder is hopped with Warrior, Citra and  Mosaic Hops. I havn't tried this one yet as it will be tapped later this afternoon. If you want to try this, call first to find out if it's on or not. 5.0% - Available at Bewilder.