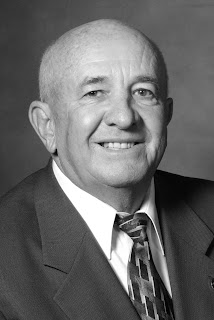 If you live, have lived or have visited Utah in the past thirty years you've probably noticed the price we pay for our liquor and beer is beyond obnoxious. If Sen. Mike Dmitrich, D-Price has his way consumers could pay less for spirits from small breweries and distilleries. Currently, alcohol sold at the State Liquor Store is subject to an 86 percent markup. The new bill would reduce that markup to 47 percent for liquor and wine and would drop to 30 percent for heavy beer(over 4.0% abv). Last year the state collected $53 million in liquor profits.

If the bill passes, consumers would potentially pay less for spirits produced by local companies when purchasing alcohol at the liquor store because the state markup would be lower on those than on large chains' products. The bill would not affect alcohol prices from any brewery for beer at the grocery store. In addition, the bill would still funnel 10 percent of gross sales from the liquor store going to fund the school lunch program.
Don't hold your breath folks, there's a line already forming to quash this minor tax break.
Posted by Mikey at 5:26 AM

God is Great
Beer is Good
People are Crazy