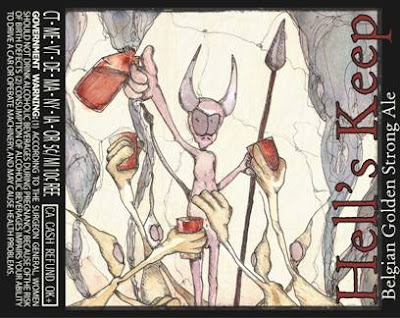 After some 57 entries William Swartzfager of Salt lake City is the winner of Squatters' Hell's Keep Label contest. This particular piece was chosen by Jenny and her staff due to it's uniqueness and it's total deviation from anything Squatters has ever done before. The artwork above is not the final version, but you get the idea.

Hell's Keep was bottled yesterday and is now in the "warm room" for re-fermentation and then will be stored for conditioning. Hell's keep is expected to be released March 17th.
Congrats William!
Here are some other contest entries. 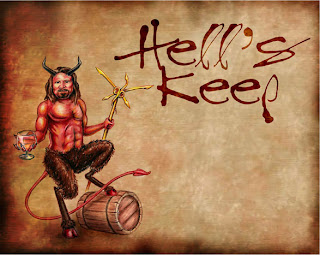 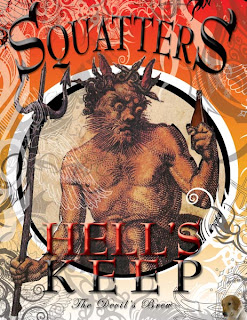 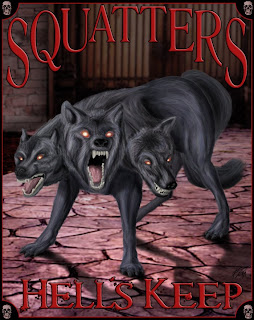 Once again we see bad tatoo art triumph over all. . .

That was the best you could come up with? The other entries were far better than the "art" you picked!!!

The artwork shown is what was available to me at the time I published the blog. If you have links to artwork provide them.

I've noticed a lot of sour grapes from contestants and their supporters. My tastes in art may lean in a different direction as well, but I'd never trash the winner like I've seen from some.

here's a link to my blog where i have my label posted if y'all are interested. all the other work is airbrush, but i did the label in photoshop except for the flames in background which were airbrushed.
millerscustompainting.blogspot.com

wow, these entries are spectacular. I would love to see all of them just out of curiosity.

I sent in an entry via e-mail and am wondering if it was ever even received. ??? Is there a site where all the entries were posted online or anything?

I'd just really like to know if they really liked the winning entry better than mine or if they just never got it.

Andrew Miller said...
This comment has been removed by the author.
10:40 PM

Andrew Miller said...
This comment has been removed by the author.
10:42 PM

you can see more whining artists as well as some links to more entries here: http://jennytalley.blogspot.com/2009/02/hells-keep-label-winner.html

Oh, christ... Some really nice submissions, but a what a bunch of sore losers.

my two cents - i've been looking through the submissions on this site and Jenny's blog and http://www.flickr.com/photos/35410255@N08/3275492061/
was my favorite. Wish I had the creative talent to have tried this contest, seems like a lot of cool entries were entered, but I am really not a fan of the winning entry...

i truly love all your posting taste, very interesting.
don't give up and keep penning in all honesty , because it simply just very well worth to follow it.
excited to find out even more of your current stories, have a good day :)