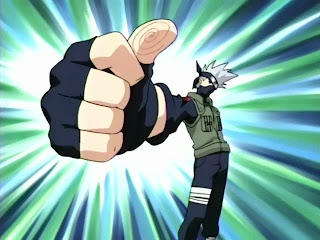 Last November I was geeked to go check out the new super-wine store in SLC. I though it would be a great beer outlet considering it's size and the fact that it was new. But alas... I was found wanting. The had three meager bottle of beer and one bottle of cider. I was a sad, sad beer dork.

Well not no more! The 300 west wine store has created a new - much larger beer selection that specializes in the higher end stuff. So if your looking to pick up a couple cans of Pacific Western Genuine Draft, you going to have to go elsewhere mon frère.

Other better beer stores are located at the "old" wine store at 300 e. 300 s. & the liquor store on Fooothill Blvd.

Alert: Governor Huntsman signed the Homebrew Bill to today! You are no longer deviants, fraught with mischief. Cheers!
Posted by Mikey at 4:41 AM

Yeah, I saw that they had some beer. The store is very impressive and must have over 10,000 different types and vintages. So this brings me to my idea I've been pushing: A state beer store. Seriously, I heard DABC people complaining all the time about shelf space. How about having a central location for all the beer available in state. An expanded array or beer plus all of the other stuff. It would work, and it would make life easier for some stores. Location? How about Murray, around 4800 South.

Better yet, how about getting beer out of the fucking liquor stores. The more the state invests in a beer infrastructure, the harder it will be to eventually get it into normal grocery and convenience stores (or private beer specialty stores).

I haven't been to the 300 W store in awhile because I've been mooching other people's booze.

I think it's really weird that state liquor stores have such different inventories. All drinks considered, I think the 300 W. store is probably my favorite for variety in my price range.

Josh, amen to that. Private beer stores would be awesome. But, we'd have to change the 4% law. Not likely I suspect. I guess in theory a beer store could be opened up right now as long as it sold under 4% right?

A beer specialty store is a great idea. I wonder if the demand for beer could support a single store. And if they're going to have one store, it should be near my house, not Douglas'. We'd never get anything if that were the case.

I recently had an exchange with Sharon Mackay of the DABC, and she told me that she did actually hear talk of ending the distinction between 3.2 and heavy beer bandied about around the capitol (she also said she is a craft beer lover!), but nobody bothered to create any legislation for this session. With the way things are going, we might get lucky over the next few sessions. I'd prefer not to see the state dump a bunch of money into special stores just for our rather limited selections of warm beer, because it could be an obstacle to getting all beer out of the state's hands eventually. With heavy beer on tap now a realistic future possibility, as well as a nightlife district in SLC, who knows what could happen.