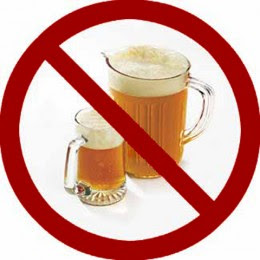 The city of Pleasant Grove, Utah is about to get a lot less pleasant if a new proposed ordinance to ban Sunday beer sales is adopted.

Tonight at P.G's city council meeting, the topic is scheduled to be brought up. Pleasant Grove Mayor Bruce Call says although Sunday beer sales are allowed now, a prior ordinance did prohibit beer sales on Sunday countywide. He says Tuesday’s vote is an option to return things to the way they once were.

“I like the idea of keeping things the way they’ve been in the county for years and years, ” Call said. “You know, that’s a tricky thing, some people say why ban anything? Leave it to the choice of the voters…and that’s fine. But, every community is different. Every community has its own unique personality, its own unique culture. I think a continuation of the ban on beer sales is true to our culture.”

Councilman Val Danklef says Sunday beer sales go against the city’s values, but worries what effect the ban could have on local businesses.

“I know that small business owners would be affected by it,” he said. ” I am leaning towards not allowing it to happen.”

The city council will also vote on a separate proposal to put a complete ban on alcohol sales at drive-through windows.

If you live in Pleasant Grove and you don't want your rights shit upon, I urge you to attend the meeting tonight.

I just love hypocrisy. It's my most favorite thing in the world.

Is it even legal for them to ban the sale only on sunday? I could actually visualize the argument of banning it completely but to only ban it on sunday seems to cross a line. The only argument that I can possibly see them using for them banning it on sunday is religion. Wasn't our entire country founded on freedom of religion? Hasn't Pleasant Grove ever heard of separation of church & state? Do they think banning the sale on sunday keeps people from drinking on that day? I understand that the LDS do not want to shop on sundays but shouldnt those of us without that belief be alowed to shop? This whole thing is ridiculous. Whats next, are we going to outlaw dancing again?

I have magic underoo's too! I still drown in rip tides but gosh, are they special! I can dance as long as theres no touching!its my sacred shoes that let me do that! yeeHaw!