A New Concept for Utah 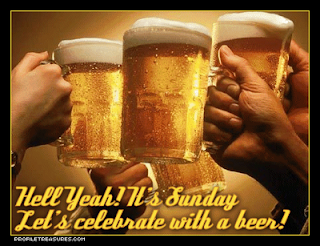 There is a very interesting concept that is slowly taking hold here in Utah, a concept that has been around since commerce itself.  It's the radical  idea of selling what you make where you made it.

Now stay with me... I know I'm talking about stuff that makes String Theory sound like nursery rhymes here, but believe it or not there are places in this world where people can sell the things that they make, when they want to - where they're made (within reason of course).

If you'll recall a few years back your favorite brewery could not sell it's customers all the products they made, especially if it was over 4.0% ABV. Now thanks to a little bit of rational thought from some lawmakers most breweries can now sell every beer in their portfolio from the very place their made.

Sundays and Holidays were a big bone of contention for many in the adult beverage industry. Utah is a tourism driven state and it was maddening for many to have to shut their doors during profitable times.

The High West Distillery was the first to convince our liquor overlords that Sundays & Holiday sales were beneficial to patrons and sellers alike. All they had to do was do one thing. Sell food.

Within months nearly every class five packaging agency had gotten on board. And recently Epic Brewing came into compliance when they completed their own restaurant area at the brewery. So now you can buy Epic's beer 365 days a year (if they choose) and get a tasty sandwich. So come this Sunday January, 1st it looks like you'll be able to buy a beer at Epic - on a Sunday and a Holiday. What a concept Even for Utah.

Just wanted to say I love this blog and read it every week...love the info on new beers and politics of liquor in our state. Keep it up, we're reading

Well, I certainly would pop into Epic for a beer, but how is their food?

blasphemer....now can I get it at a reasonable price, you know, since it doesn't have to go anywhere...like...across the ocean??

Oh, and while we are at it, you should buy some of that solid gold sam adam's so I can taste it...