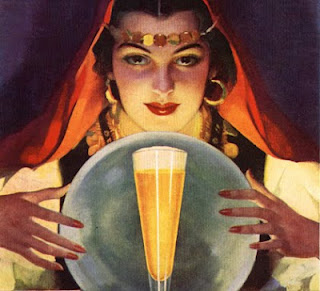 About three years ago we did a little experiment to test the power of beer and see if could be used to predict the future. It was a success! A cities beer culture foresaw the outcome of Super Bowl XLIII.

This year we thought we'd try again with a slightly different formula to see if lightening could strike twice. In 2009 the score was 27-23 Pittsburgh won. Our beer prediction engine said Pittsburgh would win 26-25.

We used used Beer Advocate & The Beer Institute to get our numbers. And this is what we came up with.

Should the "Beer Prediction Engine" prove successful once again, I promise to take full credit and never let you forget it. Should it fail? There was obviously some bad data.