SAVOR a Taste of Utah 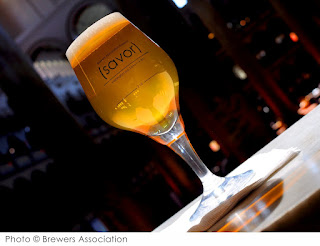 Since 2008 some of the best of America’s finest craft beers and culinary combinations have come together in Washington, D.C.’s beautiful National Building Museum to participate in SAVOR. A festival that provides the opportunity to participate in directed tasting salons featuring stars from the craft beer and food scene.

75 breweries from across the country are chosen to represent at SAVOR every year, guests have the chance to meet and mingle with the luminaries of the craft beer world.

Now, we all know our locally made suds are primo, I'm not telling you anything you don't know. However the rest of the country is quickly figuring out what we locals have known for many years, there's some solid beers coming out that "weird anti-alcohol state".

This year at SAVOR, not one - but two of Utah's finest beer makers will represent. Epic And Uinta Breweries will show-off the quality that the Beehive State has to offer. Pairing their beer with a variety of food items to illustrate how well craft beer and food complement one another.

And speaking of Epic and Uinta they are also on RateBeer.com's 2012 Best Brewers in the World.

Very cool! Congratulations to the Epic and Uinta folks, it's well deserved.

Very well deserved, Uinta is my favorite by far!

Thanks for participating in the podcast, cannot wait until next time!