Coming From Epic This Fall 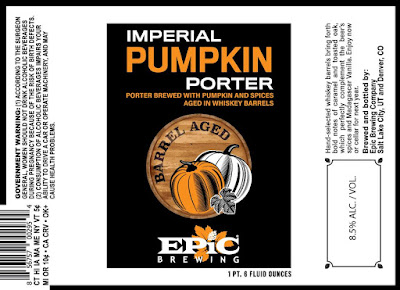 Believe it or not you are going to start seeing the Autumn beers very soon. I'm talking about your Oktoberfests (marzens), Pumpkins and Harvest Beers. Epic Brewing Co. has done some tweaking of some of their beers inside and outside of the bottle. Epic's Fermentation Without Representation is now called Imperial Pumpkin Porter (it's no longer a collaboration beer with DC Brau). There will be some minor tweaks, other than that it will still be the same rich beer.

Images found at Shipcomplient.com
Posted by Mikey at 5:22 AM