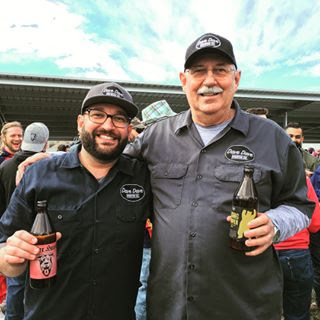 The 2017 National Homebrew Competition had a total 8,618 entries from 3,530 homebrewers located in all 50 states, Washington D.C. and 13 other countries. “We feel honored to be among some of the great home brewers not only in the United States, but across the globe,” said Scott Anderson. “It is truly amazing that local home brewers in Utah, of all states, took home a gold, silver, and bronze medal.”

The first round took place at 12 regional sites across the country. The top three entries at each site in each of the 33 brew style categories advance to the final round of the competition, held every year at Homebrew Con. This year, the final round of judging took place June 15 at Homebrew Con, where 1,134 entries were evaluated by the judges. “The American Homebrewers Association is thrilled to congratulate David and Scott Anderson on their award,” said Gary Glass, director, American Homebrewers Association. They beat out many outstanding competitors at the National Homebrew Competition—the world’s largest international beer competition—and that’s something to be extremely proud of.”

Big kudos go out to Chris Detrick and Andrew Ayers who also received medals in the competition. Nicely done to you all!