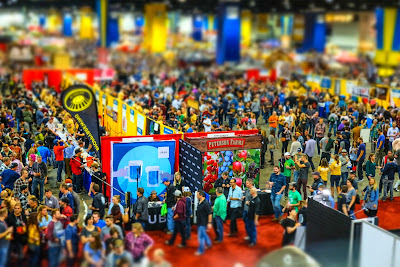 It's not that I've been neglecting you, it's just that I've been on vacation and we all know how important a little time off can be. But now it's back to reality and Utah's beer microverse.

Over my vacation I spent some time in Denver at the Great American Beer Festival, where two Utah breweries managed to bring home gold medals from the competition. Winners were chosen out of 7,923 competition entries from 2,217 breweries in 50 states plus Washington, D.C. (a 15 percent and 24 percent increase respectively from the 7,301 entries and 1,783 breweries in 2016).

The competition took place in six sessions over a period of three days and was judged by 276 beer experts from 13 countries, including the U.S. In addition to commercial brewery entries, the judging panel also evaluated 118 Pro-Am entries. Red Rock and Squatters both earned gold in this; the mother of all competitions. 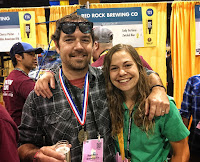 Red Rock's Zwickelbier: Basically Zwickles are unfiltered lagers. The Zwickel is that spigot that comes off the bright tank that brewers can sample from. Get it? This fantastic lager is full of toasty grain, just a hint of malt sweetness and a generous dose of balancing herbal and floral hop spices. Brewmaster, Kevin Templin has a knack for lagers and you can tell from this offering. At 4.0% ABV this is a textbook example of this great German style. This seasonal is on tap now at all Red Rock locations.

Squatters Hell's Keep: This beer was originally created back in 2009 by then head brewer Jennifer 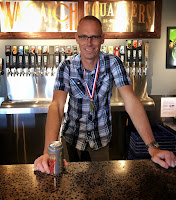 Talley. It was originally designed to be a seasonal/limited release. It was such a hit that they decided to move the production over to the Utah Brewers Cooperative for wider distribution. The beer has been in good hands as you can see; UBC Head Brewer, Jon Lee and his team have managed to keep the small brewpub flavor on a much larger scale. Look for bubblegum, banana and clove with clean caramel and a balancing herbal bite. 7.7% ABV. Available year-round.

You should put your device down right now and git sum of deez!

Top Photo only © Brewers Association
Pictured Above: Kevin Templin, Laren Lerch and Jon Lee
Posted by Mikey at 4:14 AM