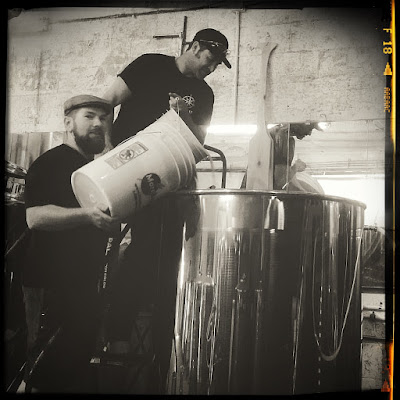 That's right, this morning Sage and Lynn got the official okie-dokie from from the state's beer mafia just a couple of hours ago and are now making wort. The Toasted Barrel Brewery is Utah's 26th independent brewery and it's 31st all around beer production space.

To get things started Toasted Barrel will hit the ground with a few IPAs and a saison. Barrel aged beers will be going into wood soon after. Utah's next brewery on deck looks to be Saint George Brewing Company in you guessed it, Saint George. They will likely go online later this year.  Big congrats to Sage and Lynn!

Looking forward to checking out the site & all the info on thecraft breweries in Utah. I get to swing through Salt Lake a few times each year and love to check out the new ones since they're popping up left & right.