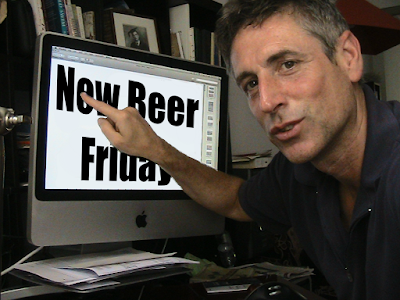 Red Rock Mango Berliner: This lemony tart beer offers a medium amount of lemony tartness with a fairly subtle amount of mango. It's there, but not super fruity. I liked it, super crushable. 4.0%. Available at Red Rock downtown.

Rogue Cold Brew 2.0: This blonde ale with coffee has a moderate java aroma. The taste is mostly coffee with some sweet malt, biscuit and a smidge of hazelnut. 5.6%. Available at DABC.

Four Sons Brewing - The Great One IIPA: This brewery just snuck into the market the other day from Huntington Beach, Ca. This IIPA is named after Wayne Gretzky and is described as being full bodied with  Chinook, El Dorado, Cascade, Fuggle, Nugget and Saaz hops. 9.9%. Available at DABC.

Four Sons Brewing Sour K: I've not tried this one yet. This beer is listed as being a 7.9% Wild Ale but some people are reporting that they've bought it locally in C-stores; putting it at a max 4.0%. Can anyone confirm this?

Stone Vituale IPA: Missed out on this one. It's described as having big citrus notes of tropical fruit while upping the dank, resin qualities of Citra & Mosaic. 7.7%

Deschutes The Ages: Just came across this at 4am, so I have no tasting notes on this one. This is a one and done American Wild Ale that is described as being a Gueuze-Inspired, multi-year wild brew brimming with hints of savory, fruity esters, and spicy, tangy pear and white pepper flavors. Be warned: there may be some sticker-shock involved here. 8.0%. Available at Bayou.

I bought the sour K at the 7 Eleven by my house on Wednesday night so it’s gotta be 4.0 ABV. Saw it at Fresh Market on 17th S last night as well. Thought I’d let you know that I just saw a 4 Sons Amber with Toasted Coconut at the Maverick by my work on 3200 W. Looks like they are coming in hot in the Utah market. Cheers, Mikey!

Unknown said...
This comment has been removed by the author.
11:37 AM

Been buying this at Harmons. Confused because I can't find anything about a low abv version. No ABV listed on the packaging, was hoping it slipped through some loop holes haha but it doesn't seem to feel like 7.9%.