I've Got a Bad Feeling About This... 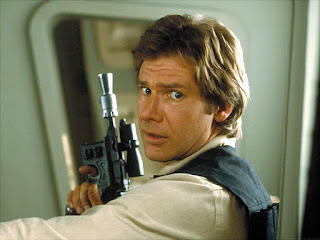 If you've ever had any dealings with the Utah Department of alcohol control you know that "shit happens when it happens ". And if you don't like it you can go somewhere else... and as we all know we can't go anywhere else. So we deal with it.

But I don't think that any of us had the slightest clue how screwed up things really are over there. A new audit of the DABC released Tuesday describes a climate of incompetent management, and possible criminal activity.

The audit accuses the former director Dennis Kellen of bid rigging, falsifying financial documents and sending hundreds of thousands of dollars in DABC business to his son's company, Flexpak, without the knowledge or approval of DABC commissioners.

In some cases the department was paying twice as much for products through Flexpak compared to what other vendors offered, according to audit details. The audit says there was so little oversight that thousands of dollars in taxpayer money went out the door.

I guarantee you that those in the legislature, who already look upon alcohol as burden on society will be plotting behind closed doors, to concoct irrational policies and laws to overcompensate for what Kellen's alleged bad management has wrought.

I fear 2012 will be good for the DABC, but another bad year for Utah's beer lovers.

Here's a link to the complete audit.

Precisely why having the government try to run a business is a terrible idea. Privatize alcohol distribution and crap like this will go away.

Just came back from a week in SF where the bar next to my hotel had a happy hour that lasted from noon to 6PM every day and featured 3 dollar lagunitas IPA drafts and 4 dollar paulaner hefeweizen drafts. I really didn't want to come home.

What do we need to do to start going down the path to privatization? This is some good ammunition for our side of the argument.

Is there any way we can convince the non-drinkers that my consuming a beer is not a sin, and that it will not corrupt their precious little snowflakes at home? How can we get them to understand that there needs to be less rules and government interference in our lives all around?

KAGent, unless the profit announces that the word of wisdom was misinterpreted and it turns out that alcohol is actually ok for your belly in moderation, that will never happen. The only other solution is for non-mormons to outnumber the mormons, and for the neighborhood caucus system in this state to go away. As long as mormons have the power, they will clamp down on alcohol as much as possible. My family in the Phoenix area has been telling me that the mormon community and Gilbert and Mesa has even been trying to get mormon laws passed there, but unsuccessfully, thankfully for them. Unfortunately, it's the type of religion where the people tend to believe that they are right and everyone else is wrong and they know what's best and they should control everything, and they do everything in their power to be as controlling as possible. In their view, you're an idiot, a drunk, and a gentile who won't someday be a god over your own planet like they will, and your activities that they don't also enjoy should be heavily regulated.

Privatization will not go away until (like Anonymous said) normal Americans outnumber the abnormal.

The only other thing that could possibly bring about privatization is if socialized booze affects the ability  for powerful men to make a lot of money.

Change happens awfully fast when a buck can be made, especially when a group stands to profit from it. I think this  will be the most likely scenario for change.

Wouldn't privatization just increase costs in stores? I assume that the state would still want something equal to its 86% on alcohol 4%+ and 64% on alcohol 4% and under (as I recall from the 2010 audit). All I can see is another layer of cost.

If the state still wants its cut, I don't see any benefit to privatization. I think we need to roll back the condescending laws first and see what happens. Hopefully that will be possible after Waddoups leaves office, but god only knows what the Waddman will do behind the scenes after his term.

Or you just do what I do - get your beer from the source or have family smuggle it in from out of state.
I tend to agree with Mikey - money trumps all things in this state - even amoung "the saved." They can never get rid of it because it brings too much money in, but they won't change the system unless they think they can make a buck off of it.

I'm still waiting for the Profit to tell the masses that multi-level marketing is a sin. I'm not holding my breath on that either.

Thanks all for your answers. What do other states do? How do they get their state operating budget? All states tax alcohol (I assume) to some extent. Is Utah's tax that much higher than other states? If Utah's tax of alcohol were to decrease where could the shortfall be made up? Could budgets be cut to offset some of the differences or would other taxes need to increase? If the DABC were eliminated tomorrow couldn't the taxes on alcohol be decreased the same amount?

Would any of our representatives answer this question: If loosening alcohol laws is a bad idea because Utah would turn overnight into Sodom, Gomorrah, or Las Vegas; what does that say about places with normal alcohol laws? Are all non-Utahans heathens and barbarians?

Mikey, you say change happens fast when a buck is to be made. How can we show that in a truly free market the state could make more money? There are plenty of other responsible drinkers out here like me.

PS. I will going to Las Vegas in a couple of weeks, and will bring back a lot of beer with me.

I would recommend reading the report that Mikey linked to above, but only if your blood pressure can handle it.

In particular a quote from page 16. "For alcohol product selection, the DABC has a submission, tasting, listing, and decision-making process. They also have a process for distributing the product in select geographic regions to determine demand."

In a normal state that would read "...regions due to demand or customer suggestions." Social engineering at it finest.

Here's my brainstorming. Its more for the joy of brainstorming than suggesting a solution or necessarily even asking for answers.

1. Who appoints the executive director of the DABC?
2. 34-41% of SLC is LDS. Is some sort of county law impossible?
3. Do citizens ever vote for alcohol laws or is it specifically passed in the state senate/house?
4. Would be nice to find a loop hole somewhere huh? Maybe something dating back to prohibition? Where's a lawyer? :)

Here is a good read on how the Pennsylvania state government is looking to get out of the liquor business and move to a private system.

I've Got a Bad Feeling About This too. We can't simply ignore this serious situation!