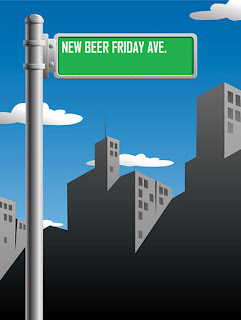 For those of you that like beer but can't enjoy it because it's full of all that "gluten crap" - your in luck. Utah's first locally made gluten free beer is on tap right now for a limited time at Squatters.

Kick in the Glute: This is described as a pale ale-esq brew that incorporates both sourgum and rice along with cascade hops. Bitterness is kept on the mid range and it is also dryhopped.

Don't forget that the Wasatch 25th Anniversary party is tomorrow (15th) from 11am to 6pm at the City Park in Park City, Utah. There is no cost to attend the party. There will be a selection of seven Wasatch Beers, including a specially brewed batch of their inaugural beer, Wasatch Premium Ale. The cold beer will be a cash bar – 16 oz. draft beers are $3 and high alcohol Beers are $5 each. A commemorative pint glass will be available for $6 as well. The weather should be perfect!

Have yet to find a Glute Free beer I care for, but I'm always willing to try a new one.
Cheers,
Beerattitude
www.beerattitude.blogspot.com

Beer Friday that sounds really nice! It's a shame that I have a final test on Saturday so this Friday can't be my Beer Friday.