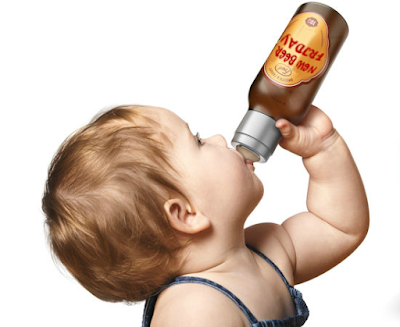 There are some really wonderful offering today. Your tongues will not be disappointing this afternoon/evening. Join us for the radio edition of New Beer Friday around 3:30pm on KBER 101. We'll be discussion these new brews and other local beer happenings.

Uinta Port O' Call Belgian Dark - Pours a mahogany color with ruby high;lights with a small-ish head that fades quickly. The nose has some dank dark fruit aromas with with a bit of musty grape skin. The taste starts with a bit of sweet plum and a hint of spicy dates. This transitions into a more prune-like tartness that compliments the Port and Cabernet wine character that raps up the back end. Nicely fruity and complex. Let it warm up a little for the best experience. 9.4% ABV Available now at Uinta's Brewery Pub, Bottle Shop, better beer bars and soon to select DABC stores.

Uinta Brighton Revolver Session IPA - This year's version of the Brighton Revolver IPA features Ella and Calypso hops. It pours a somewhat hazy golden straw color with a firm two fingers of foam.  The nose has mostly tangerine peel in the nose with a bit of malt sweetness beneath. The taste starts with great lemon, grapefruit and orange peel notes that explode on the tongue. Next come a bed of creamy caramel malts that feel round and full in the mouth. The end has a bit of grapefruit bitterness. Finishes moderately dry. Holy Shit! This is the best Session IPA I've had in months! It has a great body for it's low ABV. A must try while it's super fresh. 4.0% ABV @ Uinta Brewery pub on tap right now. Soon to grocery and convenience store and where you'll find Uinta seasonal taps.

Epic Big Bad Baptist Beer Bar/Bulleit Barrel  - Pours black with soem nice copper hued foam. The nose is big with rich coffee aromas. The tastes follows with great coffee flavors to start. A bit of char and roasted malt comes next. Some molasses sweetness creeps in and traditions into subtle vanilla bourbon sweetness. The sweetness from the Bourbon keeps the harsher notes from the coffee and roastiness in check. Great balance, highly drinkable for big beer. 12.3% ABV  This version of Big Bad Baptist can only be found at The Beer Bar in Salt Lake City.

Anheuser Busch Best Damn Apple Ale - I've haven't had a chance to try this, though trusted beer geek Craig Folkman has. He describes it as having a clear golden straw color with a small white head that dissipates quickly to a small white ring, no lacing. Aroma of a green apple jolly rancher. Flavors of candy apples, sugary, plastic, finishes sweet. Not too bad. 4.0% ABV @ Most Grocery and Convenience stores. Craig, thanks for letting me hi-jack your review!

Shades of Pale Mischance White IPA - Pours a murky off white/straw color with a large pillowy head. The nose is fresh with citrus meat grapefruit. The taste fallows with citrusy hop that have some berry like qualities as well. Thin bready malt round out the hops proving a bit of doughy sweetness. A nicely refreshing and light White IPA. 4.0% ABV @ Shades of Pale's Tap room.

I got some bad info on yesterday's post on the Beer Bar Big Bad Baptist. The whiskey barrels used were not Bulleit but Buffalo trace. When reading it just swap those whiskeys and add Frankfort, KY instead of Lawrenceburg KY. My apologies.