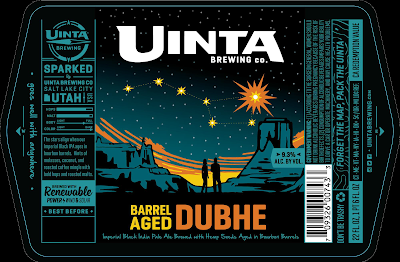 If you missed out on drinking any Dubhe on 4/20, this news will make it all better. Uinta Brewing will be producing a special Barrel aged version of the hemp seed infused Imperial Black IPA. This barrels selection will feature Bourbon whiskey, which should make for a tasty brew. Keep checking back for it's release.

It looks like we had a tie in the last round of the Utah Beer Challenge. This has never happened before. It was apparently a pretty tough call for y'all to choose between these two fine ales. So, we're going to do a quick little tie breaker. Over the next 24 hours we will push one of these forward before continuing to the elite eight round. If there's another tie? I will break it.