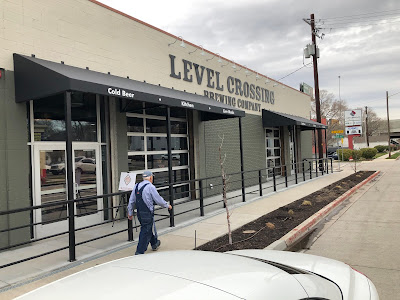 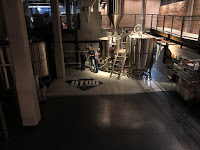 Concept wise both breweries are pretty much on track with what people are looking for from their beer destinations. Each place is making high and low point beers in cans and on draft - in comfortable re-imagined urban storehouses and have opted to go with in house kitchens versus food trucks.

UTOG Brewing Co. will have their grand opening today in Ogden. This new addition to Northern Utah's beer scene boasts a large spacious dinning area with a full bar and liquor license to go with it. The brew house is sunken below the pub area and has an easy to access walkway around the perimeter if you'd like to see the beer making happen. UTOG also has a 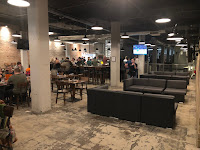 package agency license with beer to go and swag.

Level Crossing Brewing Co. opens it doors to the public this Saturday March, 30th. Though one of their beers has been out in the market for the last couple of weeks this will be the first debut of all of their current beers. The South Salt Lake space offers huge windows both inside and out which give the space a huge feel. Level Crossing has a dozen tap handles that will probably be half full by Saturday. High point beers will be coming soon (still awaiting federal label approval) and will feature head brewer, Chris Detrick's infamous Rye IPA. Level Crossing also has a full bar license. 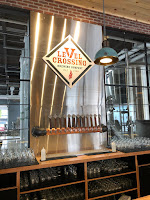 I hope to have tasting notes on most of these beers for you tomorrow on New Beer Friday. Welcome to the Utah Beer family!